As with the last few years, I'm taking Raybeard's lead in ranking the movies we saw. He sees three times the amount of movies I do, so it is natural his selections would be different - and not just because our potential differences in taste. Save one movie, none of ours overlap in our top five.

2019 had some strong movies though. It was to the point where my top choice came down to three that were neck and neck. Those are my top three. After very little soul searching, the top choice was obvious.


All hyperlinks are to my original reviews. 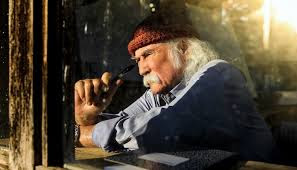 For as much as I don't care one way or the other about David Crosby, I thought the movie was great. The director did a really good job putting this movie together, reflecting on the past and speculating about the future. We saw four music documentaries this year, and this stood out far and beyond the others. 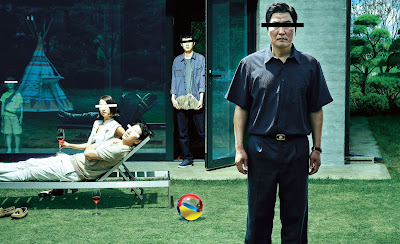 It turns out, I had to stop thinking about Parasite in the way our audience reacted to the movie. I rarely found any humour - it was more angst inducing on my part, and the family of interlopers I saw as way more cruel than those sitting around us. It was still an artful way of storytelling, with which the director / writer did a good job.

Back in July I wrote that it would be a tough last half of the year to beat this picture. That said, 2019 kind of came through on that level (see below).  The story and performances are just great. The relationships portrayed is extremely well executed.  If you get a chance to see it, I suggest you do. 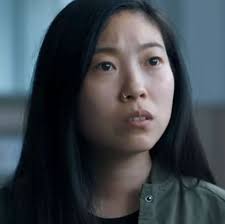 the Farewell was a great piece of work. Come awards time (which is now!), it might suffer from being released in summer. Awkwafina does a great turn at a granddaughter with unease of her grandmother's fatal diagnosis, and her travels back to China to see her. 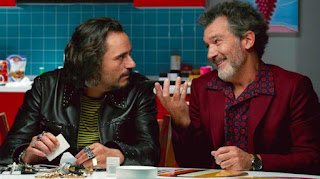 Pain and Glory is an exquisite film that should take Best Foreign Language film at the Oscars, and I'd argue should be up for best picture.......period. And should win it.

Almodóvar and Banderas are unarguably at their best, but the cinematography and set designs are extremely well done. And the director made me like Penelope Cruz......and I think that says more about him than her.

If you haven't seen it, I encourage you to take in a viewing.

There are honorable mentions, of course:   Apollo 11 and its archived footage was just great. Knives Out was fun (and they are having fun marketing it), but some critics calling it the 'best murder mystery movie ever'......it's not.  In weirder ways, the Lighthouse is in the mix. Jojo Rabbit and Star Wars are in the honorable mention list.


My two bottom movies:  Hail Satan. I kind of enjoyed it at the time of viewing, but ultimately, it fell to or near the bottom of the barrel, right along with Late Night. While I don't think anything could have truly enhanced my experience of that latter movie, seeing it the afternoon that my mother died probably factors into it all.