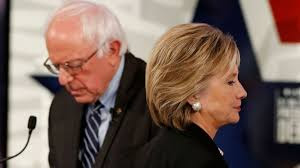 You know - I find Hillary Clinton to be somewhat vile.

In the 2016 primary, I did not vote for her for a couple of reasons. She was doing well enough on her own that she was already a serious contender for when the convention rolled around. The other reason: she wasn't my first choice.

It doesn't matter now who it was, but events of as late have kind of confirmed what a horrible person she probably always was. And note: I said 'person', not 'woman'. This isn't a misogynistic kind of thing. I voted for her in the general election.

I totally get that anyone who is to be president (present one excepted) has to have balls of steel.....or at least ovaries. The job calls for a calculated personality. And I'm sure it's more difficult for a female in that type of leadership role.

Side note: when in meetings lately, I notice both male and female physicians calling their male counterparts by "Dr. Fill In The Blank", but call their female counterparts by their first name. It's horribly biased. And conditioned, as the females take part in the same behaviour.

I am also not one of these folks who wants to have a beer with a candidate: not you Liz Warren, not you Shrub. First one, it seems like you've never had one in your life, and for Bush, well.......recovery!

Still, it seems that cobalt steel would be warmer and more flexible than Hillary. And less calculating, We can all say 'likeable' shouldn't matter in an election, but we are all kidding ourselves. And there is a difference between unlikeable and loathsome. In office today are both.  Reality is: we want someone we like and respect.

Back in 2015-2016 she and Debbie Wasserman-Shultz (though Deb took the fall........kind of) conspired and exercised bias against Bernie Sanders to favor Clinton - including, but not limited to, halting any access of the Sanders campaign to the DNC databases and to telling DNC staffers to only publicly talk up Clinton. Wasserman-Shultz had to resign. But she landed on her feet.........as the 'honorary' chair of Clinton's campaign.  Yayyyy.......women supporting women........who are just as corrupt as men!?

In lieu of all that, Bernie endorsed Clinton eventually, and did a lot of stumping for her in the last 2-3 months of her failed campaign. Yes. Failed.

In theory, the 2016 election should have never been that close, but Hillary underestimated not only the GOP, but the DNC as well. Presumptive winner doesn't mean 'winner'. She felt she had to only sway enough undecideds to win - and she was wrong.

So, it totally baffles me - and then yes doesn't - when she has the nerve, not only to say that no one likes Bernie, but that she would consider not endorsing him should he get the nomination.

And in the Hollywood Report you said this, no less. Thanks for setting the tone for what the Right already thinks about your kissing up to the star crowd as opposed to us commoners.

Hill - Bernie put you through your paces in 2016 when you thought it would be a cakewalk to the nomination. That your unfavorables were high is not Sanders' fault. That you couldn't sell yourself to some of his folks after the nomination is not his fault - you dismissed them early on and continually. But you beat Bernie - so let it go.

Who you didn't beat was BLOTUS. If you find him half as repugnant as whomever is running your Twitter feed, then you'd think you'd want him out of the White House should Sanders win the nomination.

I get that Bernie can be hard to take, but honey, look in the mirror.

You already have my vote for that.

Sometimes, some people should just quietly fade into the sunset.

Amen to all of this! I wish she would just GO AWAY ALREADY.

I like her, I do, but if you aren't going to support the Democratic nominee--if it's Bernie--then you are hurting the Democrats and that chaps my hide.