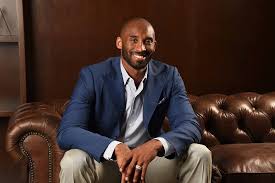 I feel bad for Kobe Bryant and his family.  I feel very sorry for the folks who hitched a ride on his helicopter.

I know everyone has their time and place, as we are not here forever, but you gotta figure it was a shitty last 60-90 seconds of their life. The terror and probably almost known certainty before the actuality has to be sheer terror.

Bryant was a hell of a basketball player, and apparently a great businessman as well, as he left his companies with over $2 billion (with a 'b') in assets.

He was also a probable rapist.

I mean, he settled for an undisclosed sum of money to the woman who claims he sexually assaulted her. Nothing says 'not guilty' like a cash settlement and a non-disclosure agreement, am I right?

I only bring it up, as almost no one else has. Some reports of his death don't mention it at all. Those who do, have it buried in paragraph 27 - and as we all know, people's attention spans don't usually make it that far in any article.

Again, I only bring it up as if he weren't a super well known, wealthy sports figure, it would lead the story, if not the headline:  Rapist and 8 Others Die in Crash.

But you're not going to see that here.  .....and that faux-headline is the wrong approach as well, I might add.

I have said it before and will again, I'm sure, but I hate hate hate it when BLOTUS is right (well, to a degree), about #fakenews.

Not his fake news, that is made up and tries to pass off as truths. Not his lies that actual truth in news are lies, when it makes him look bad.  No, I'm talking the partial truths or the skewed parts - as news is biased. No doubt about it. So Bryant gets a different end to his story (well, to a degree) than (m)any charged or convicted felon.

Let's look at Greta Thunberg this past week.

The top image is the one that most all media used of her and four other women who spoke regarding climate change at Davos last week - and was the one AP sent out for use. The bottom one was the full image. Yes, the Ugandan activist was cropped out. 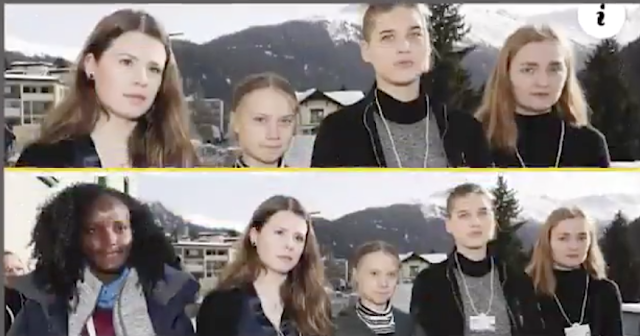 I find it hard to believe this was a coincidence. It's bias and it's real.  I don't even think you can make the argument for 'space in printing'. If so, you could have cut the white girl out on the far right. ....but the AP didn't do that.

So you get partial news, because, I dunno - it makes the readers feel better? The advertisers?

I'm not belittling Bryant or his death. Both are just facts. And I'm not making fun of his death when I say the next two things:

1. It took BLOTUS off the front page for two days. Hall-e-fucking-lujah. Mind you that can be a band thing, as he like diversions. Though I think John Bolton took care of that 12 hours later.

2. LeBron cannot savor his moment of passing Bryant's scoring standing just the day prior to the fatal accident. I like LeBron the humanitarian - with his decent works with at risk youths, but I am very over the basketball player.


So, I'd like the media to do a better job of reporting. I think that's the bottom line here. Not only would it just be a reporting of fact (Kobe's death is all emotional reporting), but it's reporting the truth. Imagine how fucked BLOTUS would be if, sans emotion, rhetoric or conjecture, the press just reported the happenings of his days. He would have ended his term months ago.

Imagine how empowered women of colour might be had they been able to see the full Davos photo.

Media does us a disservice on a daily basis. I think they try to do the right thing, but ratings and advertising rates rule the roost. When your news organization makes more advertising dollars than your prime time shows........well..........you get what they pay for.

when saint ronnie raygun and richard nixon died, ya might think they walked on water (according to the press). I can't remember if ANY press reports mentioned the hatred, the lies, the deception of their miserable lives. both of them were pure evil.

This passed through my head when I read this. Nothing to do with Bryant, but with BLOTUS. What's Trump's favorite sandwich? The Whopper, of course. Would you like lies with that?

The video that was used by most media outlets last month when the Pope slapping a women away, was edited to not show her grabbing his arm and pulling him toward her, 5 seconds of video changed the entire context and context was meaning.

The Giver of the Law said...

The media is an ocean of lies, hypocrisy and exploitative unnecessary nonsense.