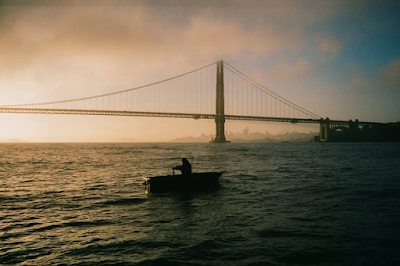 It will be tough last six months of the year for a movie to beat out our viewing of the Last Black Man in San Francisco.

Nine movies in, and nary a one has been great great - though still like Roma (which was technically a 2018 film).  the Last Black Man, I would believe to be my favourite of this year - at least as of today.

I saw a preview of this a few weeks back and turned to 710, "I want to see this", even though the trailer gave away nothing.

Actually, last week, it came down to seeing this movie and Late Night.....and you saw how that turned out.

We invited great friends and perpetual movie buds, David & James to go and they enthusiastically agreed to attend. Everyone loved it, though oddly, we did not discuss/dissect it at length over dinner (as much of the conversation revolved around my mother).

It was a good, though not traditionally told, storyline. There were some wonderful visual shots. The two main actors, Jimmie Fails and Jonathan Majors were just frickin' wonderful - though I'd put the latter as the best thing in the movie.  The two have a very very distantly related George and Lenny (Of Mice and Men) relationship.   The two are very close - and we did discuss later if we thought they were lovers, partners or just friends.

Last Black Man successfully avoids most predictable moments that so easily ensnare films with mainly black characters. The friendship between Jimmie and Monte (Majors) is beautiful - each lifting the other up in different ways.

The movie centers around a man and his house - which is easily a metaphor for his life and / or family. It's not quite as simple as that, but it's refreshingly not overcomplicated either.

The underscored Gatsby ending did have us talking how things truly wrapped up.

The movie was well written, acted, directed and scored.  Two thumbs up.

Oh - and Jello Biafra is in the movie!!

Oh oh oh - and James and I were the ONLY two people in the theater to laugh at the opening credits when they show the production companies. 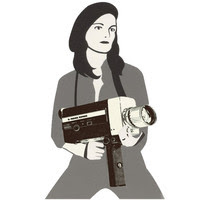