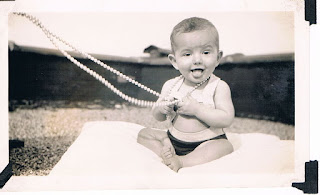 Today is the day.  Closure.

Later this morning, we will be having a 'celebration' for my mother.  It's not a funeral, it's not a memorial, per se.

What it will have is a more casual dress code due to the heat, food and most importantly, an open bar.

It's mid-day, so I'm not expecting a lot of drinkers, but you never know. I'm not saying I'm going to tie one on, but let's put it this way, I'm not planning on being the one to drive home.

I honestly don't know how many people will be coming. I planned food for 100. I invited her three remaining nieces and nephews and had them disseminate the 4-1-1 down to their kids. I told her favourite person at her job of 28 years, and she told the staff and former staff from there. I never asked for RSVPs, but I'm sure it's all good.

I know about 50 who will be coming. So that leaves another 50 randoms who read the obits and will become funeral crashers.

Unlike my dad's funeral, where I pretty much knew what I was going to say, all I know for tomorrow is how I'll open and close. The in between part? Improvise.

For the most part, it's a completely known audience, so I don't think it will be horrible, but stay tuned.......I'm sure I'll let you know either way.  Should it really suck, I'm guessing someone will upload YouTube footage.


That image is my mother back in 1929, at around 6 mos old. It will be part of a "slide show" that will be playing at the venue.

cute pix. you will do just fine.