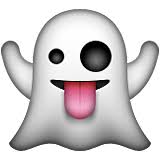 These things are not mutually exclusive, because well......I mean, here I am. I'm doubleplusgood.

As things would happen, after my mother went to the funeral home, all her possessions she had at the hospital went with her - including her iPhone and my charger. I could get neither back until I recovered her remains. Apparently, eye glasses, dentures, iPhone and ashes are all considered the same thing in the eyes of the mortuary.

But because I'm an asshole riot, I decided to have some "fun" once I got the phone back.  I had to carefully select my "victims" as some would not only find it funny at all, at least one person probably would have burst into tears.   See?  Asshole Riot. 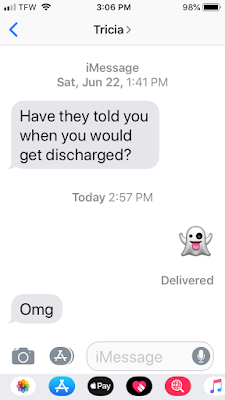 My mother's niece (my cousin) got one.  My nephew too.  And his mother (my sister).   Only my sister responded.

To be fair, my nephew only uses his phone when he has too - or so he claims. He also claims to rather have a flip phone, but I think it is all talk. He's really just lazy.

I have no excuse for my cousin.

BTDub, my idea was much much much milder than my friend Sal's.  When I ran this past him, he said I should text them saying, "you were always such a disappointment when I was alive....."  and then give specifics only my mother would know.


On another front, perennial friend, Morty, called me to see how I was doing, but really to softly break the news he couldn't be at my mother's celebration. Of course I understood and stressed that I never wanted him to feel obligated, though I may have dropped that there would be an open bar.

I was just testing the waters to see where those loyalties were - to his other obligations or to his liver. Oddly enough, to the former. We call this "personal growth".

During said conversation, he did say, "....if there's anything I can do......", to which I might have mentioned, "I could use twenty bucks!"  Immediately he said: "done!".  I immediately replied, "fuck, I should have asked for sixty. 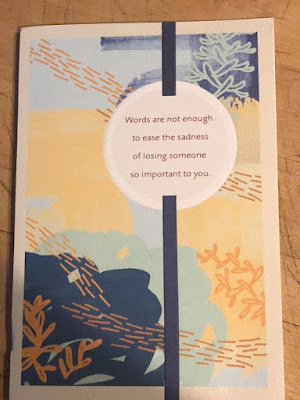 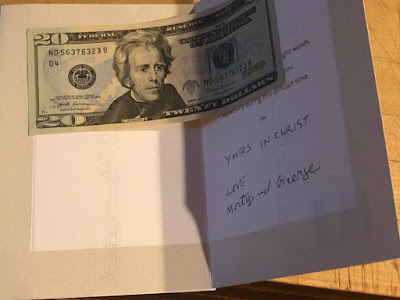 Honest to Yahweh, I figuratively busted a gut.  Unfortunately, I was kind of hunched over when I opened it and laughed so hard, I hit my head on a hard cardboard box also sitting on the counter.  Motherfucker.

For my stunt, I wanted to say, "I love me!", but I really fucking love my friends.

you have a sick sense of humor...I like it