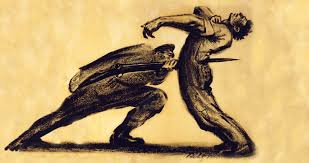 First off - #moscowmitch can go fuck himself. And so can every news outlet who dares report that McConnell acknowledged and congratulated the president-elect. Suck. My. Dick.  He's as complicit at 126 House Representatives, if you ask me.
I haven't felt the need to write about politics.
I'll rephrase:  I haven't wanted to write about politics.
Save some Covid references where politics might be involved, I haven't really had a post since November 22nd.  Yet I feel the need to acknowledge the Electoral College - the vote, not the College itself.
...and maybe Barr's resignation.  Or sedition. Or secession.  Either way - it was calming for me to write yesterday about the Bee Gees than any of this.
That fucktard, Stephen Miller is claiming doing his / their only electoral college count and bring them for confirmation. Except for the facts that he cannot, there is no precedence for it - oh and both the House and Senate have to endorse the actual results. It's doubtful the Democratic led house would pass it. He's all hot air........and evil.   ....and NOW that Mitch is on board?  Well.................. yay?
Still the point of this post was to mention that the Electoral College did indeed certify the election. Pappy Joe is the winner.
But speaking of the House:  126 members, with the egging on of BLOTUS, tried to attempt a coup. Everyone is all up in arms, though the set-up for the coup has been going on for at least two years - starting with the questioning of any loss they might have equals a fraudulent vote.
I think it's safe to say that 99% of the country has never heard the word "sedition". Present company included. But the call is for these 126 reps not to be seated in the House due to their coup-y ways. I'm for it, but I''m tired of it all. At least make their life a fucking hell for the next two years. Don't let any of them sit on one fucking committee.
...and one fucking weak-ass republican from Michigan who is moving to be an Independent because he cannot stand how the Republicans have acted.  Oh - his term if finished at the end of the year. So.........thanks for nothing?
Again the word 'secession' has been bandied about too. Knock yourselves out red states. See who funds your disaster relief when tornados and hurricanes wipe you out. Once again, all talk no action. They couldn't successfully rig and election or overturn the results - they certainly can't figure out infrastructure or how to print new currency.
Then there is Barr. Quit. Fired. Quit before fired. Who cares. He inflicted a lot of damage and puckered up even for his resignation letter. He could have ridden out 36 more days - no? My cynical mind is telling me, he's going to give way to his successor to do evil, crappy things in the next month. Things he probably wanted done but not have his name attached. Everyone is cheering Barr leaving, but I think we might see something worse.
And let's not forget, I could be completely wrong on some of this. But not all of it.
Song by: Radiohead
Posted by Blobby at 12:07 AM

Maybe not all of it! Texas has been trying to leave the United States for so long it’s laughable, like the Continental U.S. is a jigsaw puzzle. Secession , sedition. How about stealing -government secrets for Russia, probably soon to be 300 million dollars from Magats and probably in kind gifts for favors for the rest of his life. I won’t say Turtle has ever done a noble act but he did say he would recognize the President elect as the Electoral college voted. This BLOTUS who is in the White House is like dog shit in really good tennis shoes. Extremely hard to get rid of and very smelly as you do it. But, end game he will be physically unable to directly fuck up anything more! We will have to fight for everything thing we get but whether it was voting, being a poll worker, a phone volunteer a donor. I believe Voters against Trump have been more physically involved in this election than any one I remember. I hope our March continues through January 5th and the Georgia elections. Mo Brooks can suck my dick! As for McConnell I got some satisfaction from him begging Senators to behave. I find strength in Joe Biden , being calm and confident no matter what. That’s my president , something I haven’t said in four years!

I think you're right about Barr's successor and Barr's true motivation for leaving.

You're absolutely right about secession. The proud boyz have an IQ equal to the orange ogre's. It would actually serve them right to have all those crappy states thrown out of the union. Who is going to pay for their welfare, food stamps and SSI then? Let them all sit in their trailer parks and eat one another.

As for sedition - since most of the senate and the house are not familiar with the term either, I doubt it will get brought up much.

Stephen Miller is a pot stirrer. He's a nothing. He's got no dick.

Let's all hold our noses re: the current administration and our breath that Grandpa Joe doesn't self-harm until January 20th.

And there better be a whole lot of investigations and trials for these a-holes. I want comeuppance. I want justice. They have given the citizens of this country PTSD over the last four years. And Matt Gaetz and his ilk? They better not see another term. Paul Rand better find a new job, too.

I made this comment on joe.my.god last night: put all the GOPricks and their followers into a stadium with no food or water. lock all the exits. watch them eat each other alive. then blow up the stadium and replace it with parkland. the US would be a better place.