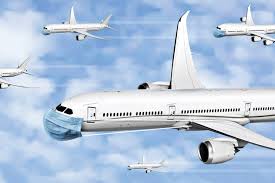 Save most people in the medical community, where is the collective outrage? I mean, unless you're a sports fan - because there is outrage that you can't have them they way they used to be. But that's outrage of a different kind.

The NBA annoys the fuck out of me - though they do so on most days, but... .  Honestly, what is the point of games where the teams travel, as opposed to just playing in one location?  The new schedule won't allow for spectators, so again.......why bother?

I'm pretty sure you don't want me to start on the NBA's now twice per day Covid tests for all players, coaches and staff. By all means, let's protect the millionaire-ish athletes. That seems reasonable.

There certainly seems more outrage at this Nashville bombing, where potentially - at most - one person died, and the don't even have that confirmed. And if so, it was probably the bomber itself. The 3,000+ per day now dying of Covid certainly makes the news, but doesn't seem to raise an eyebrow.

I do love the irony of the Tennessee governor asking BLOTUS for FEMA relief for a catastrophic event when unemployed, starving and / or almost homeless folks can't get a dollar, let alone 600 of them, for a true catastrophe.

Our local news confidently and proudly mentioned when we had only 7,800 new cases the other day that it was below the 8,300 average.  DUDE!  Three months ago it was around 800 per day.  That is how desensitized we are to all of this now.

I think Nashville has shown us. 10 second clips of ICUs on the evening news aren't 'real'. A 'blast' and physical damage are real.

Maybe this is the way to get it through the pea-brained public and political minds.

A bottle of water through a TSA checkpoint is unallowable, but not wearing a mask is my g-d given right! Or so say some people to the latter. I don't see them taking their AR-15s to those checkpoints to be allowed get their boxcutter on an aircraft.

I think the Covid graphs should be bar ones, but the bars should be WTC buildings. Any linear portion can be a 727.  Maybe that would raise awareness.

While I was thinking of saving this for my January Ad of the Month, I'm doing it now. The Ohio Department of Health, in theory, has put out an extremely effective ad.  Though for the deniers, or the people who just outright don't care, it won't make a lick of difference.

Song by: Booker T & the MGs

Your fully justified sense of furious indignation comes through loud and clear. If only it was even half as infectious as......well, you know.

the MAGAts don't care if we the people die. THEY WANT US DEAD!
spouse and I are COVID-negative and wish to remain so.
MAGAts should be denied healthcare if they get sick with COVID!

I think many have outrage but know thems in charge will not do anything about it.