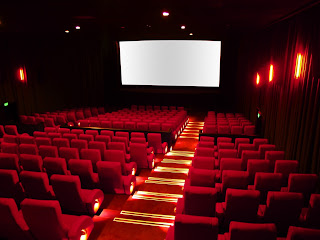 Since we went above and beyond any movie year - ever - I felt the need to wrap it up with what I thought was good.

Below are my Top 5 and they are in order - and two are 2015 releases (the underlined titles are hyperlinked to my past reviews - if you care. The hyperlinks in the text are to the official movie url). Mike - or anyone wishing to play along in the soon to be 5th Annual Academy Award Guessing Game® - can take note in how I might be voting.

Kubo and the Two Strings
I kept waiting for a movie that would knock Kubo out of my top place. I don't think one did. Again, it is not my style, but the trailer was enough to intrigue me and the movie captivated me. Motion-stop, Japanese animation in the big scheme does not speak to me. But in this instance, I took to heart the movie's first line: "if you must blink - do it now".

Spotlight
I struggled with not making this my top movie. I think it was just timing of seeing it almost a year ago is why it is at #2. Still Spotlight is deserving of anyone's top list for the last year. A tough subject matter for sure, and extremely well tackled. And Mark Ruffalo was robbed of his Oscar.

Manchester by the Sea
My friend James said, "it was a great movie......that you only have to see once".  I totally hear what he's saying. Manchester by the Sea was not an "up" movie, but as I said: well acted, written, directed and shot. The subject was just real and not always pleasant, such as life.

45 Years
One of those blink and you miss it movies was 45 Year. At least in Cleveland, it wasn't here long and opened very late in terms of circulation, but I'm glad we had the chance to see it. Charlotte Rampling did such an amazing job, but was robbed of her Oscar by daring to speak up regarding an all white Academy Award nominee list. She inadvertently dissed Will Smith - saying nomination is about ability not color - that she should have been handed the award right then and there for saying that.

Eye in the Sky
What could have been just an excellently edited trailer, turned out to be a really good movie. Considering non of the principals in Eye in the Sky have a scene together in the same location, the film editing was just as good at the trailer. It's a good story too and topical too, as we look at different avenues of warfare. And it was Alan Rickman's last role.


I will say, I did have some movies on the cusp I wanted to include in my top 5:


We like the Big Short, Florence Foster Jenkins and Hunt for the Wilderpeople too (though I know Raybeard did not enjoy that one), but not enough to make the top 5....or possibly 8.

I will go on record my least favourite movie of the year was Ghostbusters. I am constantly surprised how many people claim to have liked it. I smiled maybe twice during it and laughed a total of zero times.

We have not yet set a goal for 2017, but suffice to say, viewing is already underway.

Oh - by the way: what were your favourite movies you saw this past year?

Song by: Chrissie Hynde
Posted by Blobby at 12:02 AM

I'm utterly flattered by your very generous mentions of (and link to) my own choices, B. Thank you for that.
I'm also pleasantly surprised (although I maybe shouldn't be) at such a high correspondence between our respective likes.

First of all, in the light of what you say about 'Kubo' I do now regret not having made the effort to see it (came and went last Autumn) though I don't recall the same level of general enthusiasm about it as you express here. Now you've made me ultra-curious about what I missed.

'Manchester-by-the-Sea' starts here end of next week, and see it I shall. From what I read it's highly provocative, which makes it essential viewing.

I'm so glad that you too were bowled over by '45 Years' and, in particular, about Charolotte Rampling's captivating, spot-on and deeply moving performance. I placed the film at #2 in my 2015 Top 10, beaten (only by a short head) by 'Ex Machina'.

Also pleased about your high opinion of 'Spotlight' (my #3 in 2016). - as is your appreciation of 'Eye in the Sky' (as well as your mention of 'The Lobster')

I too liked 'Sing Street' which would have been included in my Top 20 if I'd gone that far - as would have 'Florence Foster Jenkins'. 'Deadpool' may not quite have made the final cut, though I did think it was a good bit of fun.

So, all in all, a remarkably high rate of congruity between our tastes, which pleases me no end - and confirms that my views are not entirely out on a limb (unless we both are, which is most unlikely). Let's see if our agreement continues into this year - which begins in a few hours time when I go to see......ah, but which one?

You have me intrigued with Kudo, may have to rent that one.
As I've said before I'll skip Spotlight as the mere mention of its title has me reaching for the phone to make another appointment with my therapist. Manchester and 45 years are already on my list to rent. Eye isn't my typical subject matter however if sequestered to an airline seat I may watch it. Sing Street I do wish to see. I loved me that Deadpool, so much so I actually went to a movie theatre for its first viewing and have since rented it for a second and yes third viewing.

I saw La La Land over the holidays and thoroughly enjoyed it. Eagerly waiting to read your take on it.

Most of our movies are not new releases, but here are the ones we saw (and saw again) that were our faves:

Kubo and the Two Strings was so good we saw it twice. Plus the 'making-of' when we saw it on video. The mixture of stop-motion with other techniques was just stunning. And the story is good, too.
Being a huge fan of animation in our house, we saw Miyazaki's "Spirited Away" (2002) when it was given a one-day big screen re-showing.
Having a teeny bit of anxiety, I confess that I shy away from tough films in the theater; too intense of an experience for me. We do rent them occasionally. I did see Schindler's List in the theater, as well ask "The Cook, the Thief, His Wife and Her Lover". Argh.
Loved Deadpool.
And Moana is up there for our picks, too; the research into Polynesian culture that the crew did was very good.
Florence Foster Jenkins. My mom and dad are both singers and teachers of singing: have had her album for decades. Saw one of the one-woman shows last year off Broadway. Lovely.