To Live and Die in LA

Like last year, we kicked off the movie season early. Day 2 - only because we were too fucking lazy to do anything on Day 1.....and we had dinner plans with my mother, so it waited a day.

La La Land was the choice.

It has such great word of mouth - though I'm now beginning to think whomever they hired as their PR firm has been working overtime to get it on everyone's 'best of the year' lists.

Doubtful it will be on mine.

I'm saying it's not great and it's not all that.

Sure, I am fine spending $6 (it was a Monday matinee), or even twice that much, to stare at Ryan Gosling for two hours. 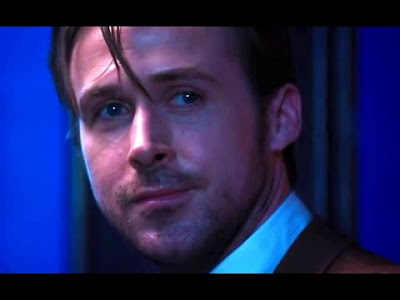 
As it goes, the taglines of 'bringing musicals back' is crap. Don't 'they' say that once every 2-3 years when one comes out? And as musicals go, the songs are mostly lackluster (I liked one).

The big opening number - I thought it was a crappy sound system, but it wasn't. It was so poorly recorded until they got to the end where they sang the same line over and over, I am not sure I truly picked out a word they were singing. When you have a few 100 people performing a sequence like that, it's best to make it worth it.

The acting is good. The story is good, if not horribly original. The cinematography is good.

But when they tout the movie as 'song and dance', you kind of better mean it.

Neither Emma Stone or Gosling (even with his Mickey Mouse Club background) are singers. They're just not. They are not horrible, but when you think someone in a musical, these would be the understudies personal assistants. And when you put their voices together?  ehhhhhhhhh.......no. They just don't work together.

Gosling fares better than Stone, but I might just be cutting him a break on this looks. As much as I was intrigued by his "City of Stars", it lost all shine (get it?  get it??) when they did it as a duet.

Then there's the dancing. There isn't a lot. I'm not necessarily complaining. The first real number (Stone & Gosling) on the street I thought was good. The one at the Griffith Park Observatory was just wires. It's visually pretty, but the guys running the pulleys and levers do most of the work.

If anything, jazz is more the center of the movie than song & dance, much like the way director Damien Chazelle featured it in Whiplash too.

It sounds like I'm down on the movie - and I'm not. While I read no actual reviews of the film beforehand (but plenty after), I'm not sure what I am missing with all the praise that has been heaped upon it.

Fine is fine. But fine isn't great.   ...and Ryan Gosling can certainly pull off a pair of spats.

Oh dear! Got my first viewing of the trailer yesterday, with it being pencilled in to be seen week after next. Was looking forward to it a lot, though from this trailer it looked just 'okay' - near enough to how you feel it turned out. I'd been hoping that it might be something like Woody Allen's thoroughly enjoyable 'Everyone Says I Love You' of 20 years ago (not even blighted by the largely wretched 'singing' of the actual cast - bar one who was dubbed) but 'La La' looks not to be in that class. Still, musicals are such a rarity that I'm still keen to give this a go. Thanks for the warning. Perhaps with lowered expectations I'll appreciate it more.

Still hate musicals. Won't see it with Norman. He's not happy with my movie quota these days.

I love musicals so it is on the list of the few I will actually see on a big screen.

Fearsome: I see most of my films at home On Demand but a couple of reviews said this needs to be seen on the big screen and I agree.