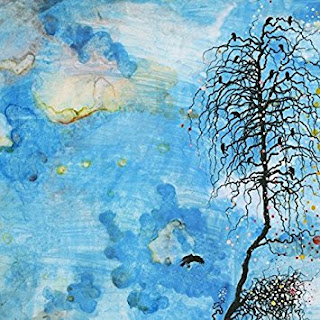 Calling this Record of the Month might be stretching it a bit. Looking back, it seems I have not done a new release since August of 2016 !!!!!

To be fair, in my year-end wrap up of music, I said the pickings had been slim, and they were. So far for 2017 there are releases on the horizon for which I'm fairly excited.

Had I known Beulah, the first release from John Paul White since the demise of the Civil Wars, had come out last August, I'm 99% sure it would have been my top pick of 2016. As it is, now it stands as a contender for best of 2017.

Ok - you know I find fault with most anything to a degree, but there isn't much to pick on with Beulah.

White starts strong with "Black Leaf" which I just loved from the start,  then he moves into "What's So.  The song starts of very Muscle Shoals-y, which could go either way depending on if you like that style, but I'd say a third of the way into the song, I was hooked. It is by far the best song on the disk....and that's saying something on a disk like this.

Maybe that's the thing with this album too.  On "the Once and Future Queen", it starts ok, and I was afraid it would be a milquetoast song....but as it goes along, it's incredible. The structure changes and the 'verse' and 'chorus' are almost non-existent. There is no confined element so many songs / artists seem to stick to with some kind of formula.   ...and some of White's vocal phrasing just kind of keeps you guessing.

Ditto with "Hope I Die". It starts off in one direction, one I wasn't sure I'd like, but it changes gears too....and then back again. The start of the song is not necessarily my style, but as I was learning, it was important to not make quick judgments with JWP's songs. He figured out to keep me on the hook.

With an artist like White, who is known for the Civil Wars, I was afraid people would look at this disk as the 'what if' one....and how it might compare to a Civil Wars disk. I tried to go in differently, and I think that helped. Save for "Make You Cry" and "Hate the Way You Love Me", nothing fits his previous band's mold. And while I really like both songs, at first, all I could hear is how it would have been with Joy Williams' harmony, and I didn't get that (or want that) from the rest of the disk.