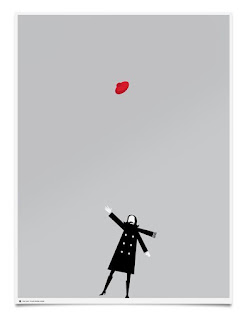 I suppose it was bound to happen - I just thought it'd be Rhoda.

I mean, Valerie Harper had that brain cancer / six-months to live thing....three years ago.....and yet, she's still around. And ironically, Mary Tyler Moore was an octogenarian with Juvenile Diabetes.

...and oddly, Sue Ann Nivens is still plugging away.

I will admit to never being a fan of the Penis Van Lesbian Show. And I thought little of MTM on that show. That "oh Rob" line grew more tiresome with each utterance. Let's face it - Morey Amsterdam and Rose Marie were the stars of that show.

But I always had a soft place in my heart for Mary Tyler Moore Show. ....and it wasn't necessarily because of MTM.

Sure, she had funny moments, but she set-up the jokes more than she gave them. It was a great ensemble cast......though I will say, when she moved apartments and there was more "Georgette", my interest waned.

So many comedy retrospective shows always play the Chuckles the Clown funeral scene. Yes, it was good. But if I had to pinpoint one scene in that show that I loved, Mary is barely in it - and it is when Phyllis confronts Sue Ann for having an affair with her husband, the never seen Lars.

I only saw one of Moore's movies - and not the one you think. Ordinary People?  Too down for me. No - it was Change of Habit.  MTM being second banana to Elvis Presley......oh, and she played a nun!  Cinema doesn't get any better than that. The opening song was called "Rubberneckin'", as you might expect.

BTW - I am at the second day of 'with you' phase.  It seems apropos.

Song by: Andrea True Connection
Posted by Blobby at 12:03 AM

I never knew "3 days" came from MTM. I say it, but attribute it to you.

Phyllis always had the best lines in my opinion.
JP