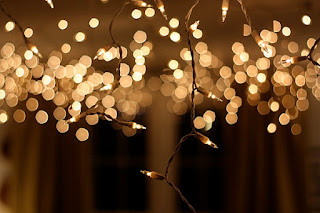 It started out so promising, didn't it?

I'd like to say I won't focus on the negatives, but there is 14 billion ton elephant in that room, and it's gonna be dumping dung on us for the next four years.

We've experienced deaths this year - canine and human, though we truly try to not wallow in those, but remember the good times we had with them.

And we've had celebratory times as well - weddings and family reunions, even if they're mini. I've seen a lot of my in-laws this years, and realize how much I really enjoy being around them. We've said we need to make an effort to do this more often, and not at weddings or funerals.

I alluded to in yesterday's picture post that I had seen a number of my cousins this year. December, six of them (and some of their spouses) were all in town. A gallery opening, dinner, a Shiva do-over, brunch and cemetery visit. And some of them got to meet Shep - which I would like to think was their weekend highlight. Robyn is trying to figure out a 2017 reason to all get together - - and she thinks it should be 710's and my 7th anniversary.  It is as good a reason as any. I truly enjoy all their company so much.

There was also the Indians. It was good and bad. They put their heart and talent into that World Series (well, except for Game 6). If it's possible to be happy and said simultaneously, this would be that scenario.  Sigh.

2017, I dare say, many of us will need friends and (some) family more than usual for a support system. At best we need to assemble a Rebel Alliance against the evil Empire.


As I've did last few years, for the blog we have a few pieces of info you might (or might not) find interesting - 2016 specific *:


*I'm still not 100% convinced that Goooooogle Analytics are accurate.

There you have it.

I am finishing drafting this at 22:04.  I don't believe I'll be awake for the actual new year, though as always gun shots might wake me up, though they've been pretty regular since around 20:30. So far they haven't made Shep get up and bark, so that's a plus.

I hope you all have / had a safe and happy New Year.

Yes, let's have a collective dump on 2016 to see it off for good - though should we be also saving some for this year now, where the prospects are anything but promising? I'm starting to shudder at what might come at us from ANY direction.

So, if Googles stats are to be believed, the U.K. didn't even make the top five in the number of your readers - even beaten by Ukraine? Very strange. Clearly some people/countries are lacking in taste.

Have a good start into 2017, B (and Shep), and let's hope that that form is prolonged far, far into the year.

HNY to all at your house! this year is going to blow goats. :(

You're fortunate to really enjoy your in-laws and relatives (I do too). Take advantage of any opportunity to spend time with them. They won't be around forever. Happy new year!