There is nothing about celebrity deaths or that g-d awful election in this. It's just a few moments in time that I experienced in the last 12 months. Usually I do two pics per month, but all bets were off this year. April isn't even represented! 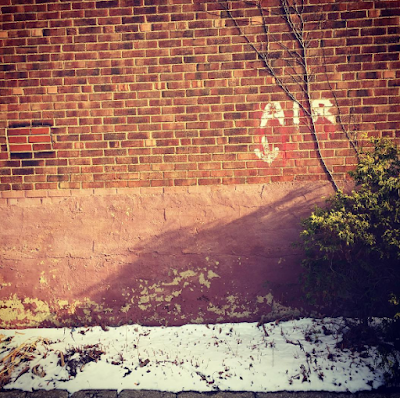 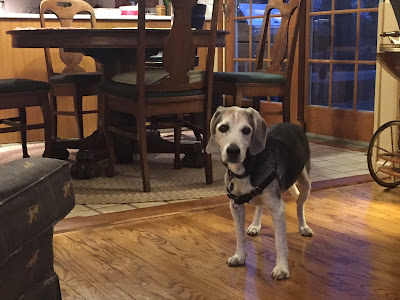 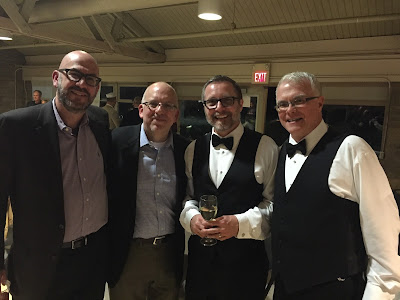 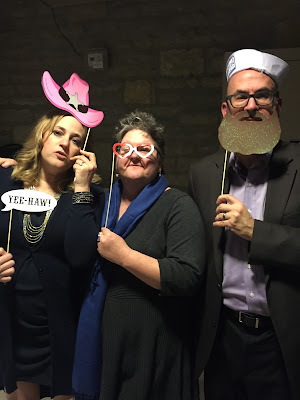 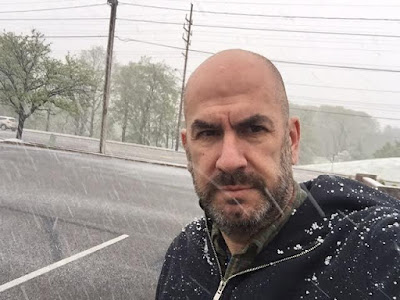 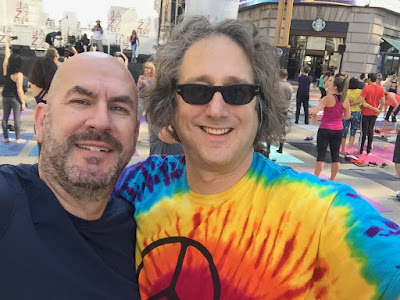 If it weren't for David, I might have skipped. 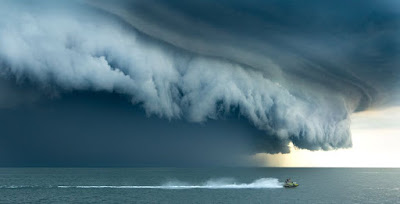 This is not my photo. I took one, as I watched the front come down the Lake Erie shore. 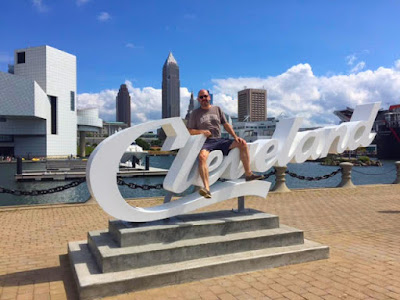 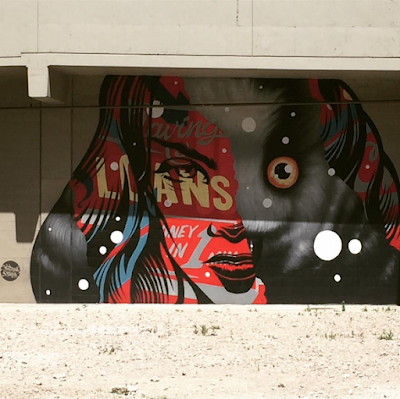 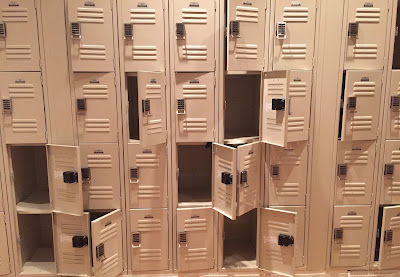 It wasn't art - that is, until I took a picture of it.  Instagram again. 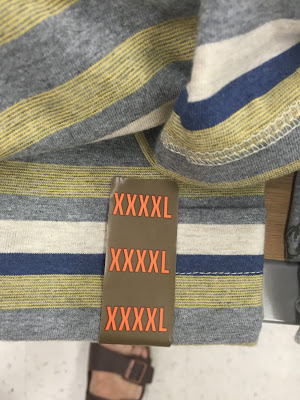 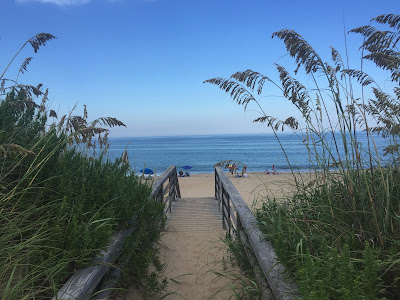 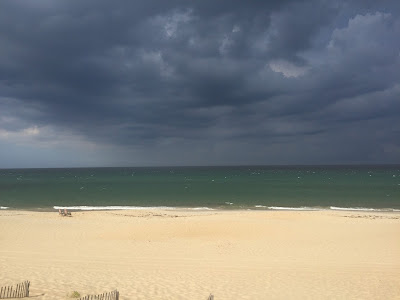 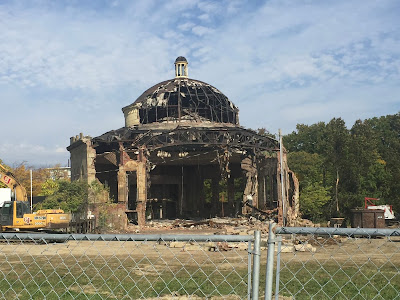 Ok, they're tearing down a long abandoned church. 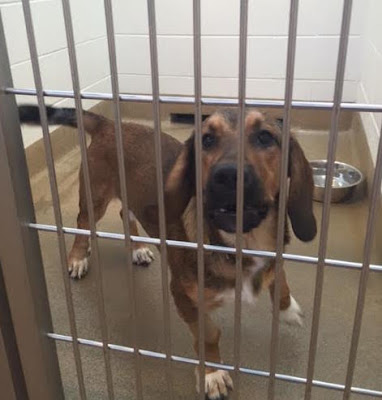 He was not ready for adoption at this point and as you might know, we lost him to another couple. He was returned a week later, as luck would have it.........for us and him. 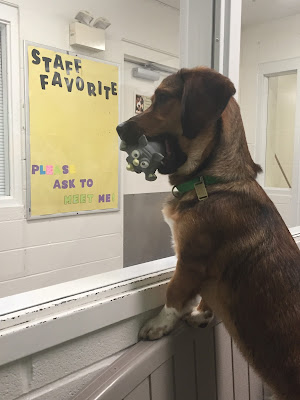 Shep with his shelter toy. It's still his most favourite one. 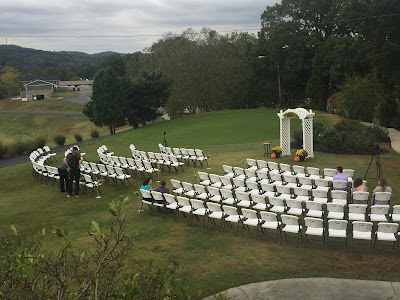 Well, pre-wedding Rain had come and gone and it was a lovely outdoor ceremony. 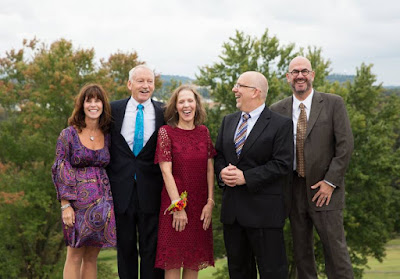 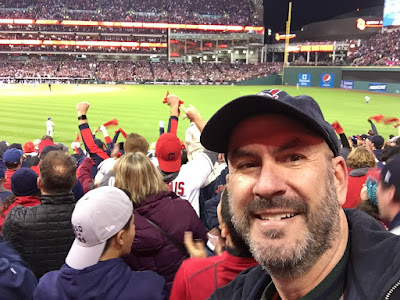 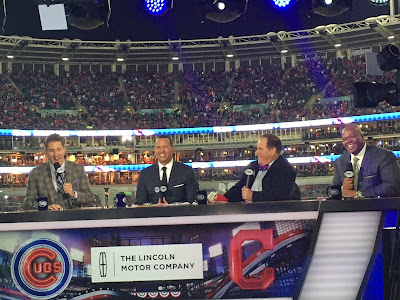 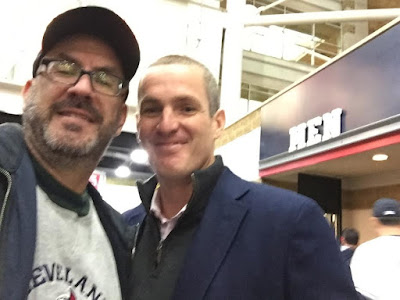 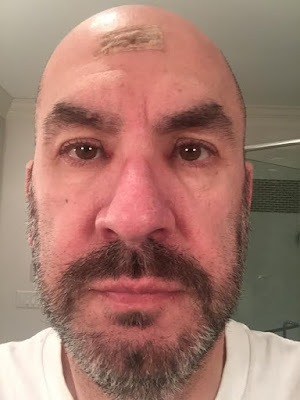 They didn't tell me about swelling of the bridge of my nose....or my nose and eyes. Pretty! 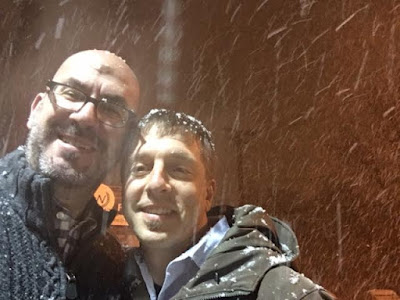 Since other cousins have been featured, why not Billy?  I love Billy.
He was in town for David's art show. And we had a Shiva Mulligan.....and brunch.... 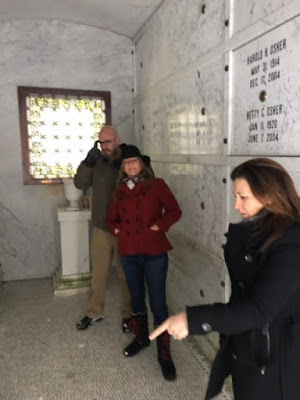 .....and a trip to the family mausoleum.

If you ever consider being buried in one, go on cold cold day in December. You'll change your mind right quick.  Robin (avec hat), is another cousin, Billy's sister. Rachel is Robin's friend and a very nice and funny woman. 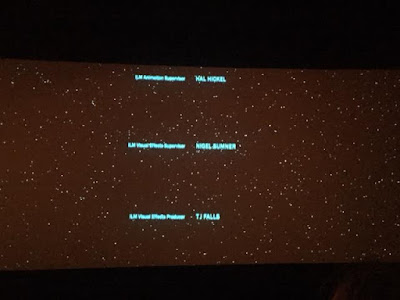 Happy New Year! Enjoyed the re-cap. It's nice to see a couple of photos of whom I assume to be 710. He rarely makes an appearance here. Oh, but maybe you know that already...

Seeing again the dear, lovely Pete is like a little stab. He'll be a perpetual presence in our memories, cossetted with love.
A very happy New Year, B - and to all those you wish it to.

I am pleased to see that we share the same taste in glasses. You have an eye for photography you know. What is you instagram account called?
JP

Happy new year dear Blobby!
World Series, I am still green with envy about that one.
Yes another year please...

Beautiful :-)
Thank you for sharing your artistic eye!

HNY (I think) to all 2-foot and 4-foot beings at your house!

My favorite pictures are the lockers and the doggy on adoption day.

Is the building being torn down in the Cleveland's own Hiroshima picture the church that was at the corner of 117th and Edgewater? (Or was it Lake?) I used to live a couple of blocks from there, and always wished they would do something with it, other than tear it down.

a most excellent way to summarize the year. I enjoyed these !

I love this post! What a great idea to post a photo per month. I really enjoyed these. :-)

That church being torn down would have been a cool location shoot for some post-apocalyptic movie.