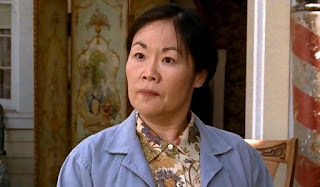 Mrs. Kim does not approve.


Gilmore Girls reboot was a big yawn. And an uncomfortable yawn at that.

Yes, I'm not too insecure in my masculinity to say that I used to watch the original show. It was well timed, for the most part well-acted, and had a bunch of eccentrics, but it was the very left of center cultural references that made me laugh.

The show may have centered around the younger Loreli and her daughter Rory(also formally named Loreli), but the stand-outs were always Emily and Paris.

Rebooting the show for four 90-minute segments 10 years after going off the air, because it ended with a thud, was great in theory, but in practice....ehhh......I'm not as enthusiastic.

"Forced" is the best way I can describe the six hours of non-stop partial walk-ons by almost every single character that appeared over seven seasons. And if that wasn't enough, they had to have cameos by other shows that that stars or show creator had been involved with since.

For Becky and her family, it became a drinking bingo game. 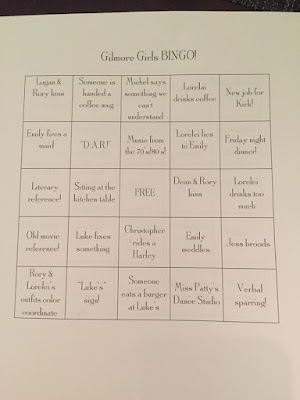 The sad thing is Becky didn't make the game hard enough, though I'm not sure she could have. You could have almost gotten every block filled in the first 90 minutes.  Maybe the first 45.

Paris and Emily could not save this debacle......though Emily (Kelly Bishop) almost did with her rant while sitting at a DAR meeting. By this time, it was too little too late.

But I come back to forced. First the fictional town of Stars Hollow has 145 people - all of whom had played a part over the series. Then were was the folks at Rory's high school and college. And Loreli's employees and past boyfriends. Now - all had to make an appearance with a shoehorned quip or line that seemed out of place or crammed in just to get the person to participate.

Actually, the most touted appearance was the most painful: Melissa McCarthy.

The scene, the dialogue, the uncomfortability of the entire scene was just poorly executed. But so were most of the scenes with Paris, which was the most unfortunate.

I don't like how they just ignored Ms. Patty's lap band surgery - or her terminal illness. But they never explained how Suki snuck into the Inn with (or made) 15 cakes without anyone noticing. Nor did they explain how Luke put Rory's New Yorker article on the back of his menu.  Have you seen the length of a standard article in the New Yorker? Have you seen the size of a standard menu? It would have had to be 2 point font.

Even Rory's old boyfriends were paraded about....some for just a brief moment. At least my favourite, Logan, was one of the few cast members to appear in all four installments.

I do think the Gilmore Girls reboot had potential, but it was not well done. The show was always fast paced, but this was super-speeded to get too much / so much in and rarely for a good reason. It became somewhat convoluted.

Song by: Suzanne Vega
Posted by Blobby at 12:05 AM

Never saw it; the original or the reboot.