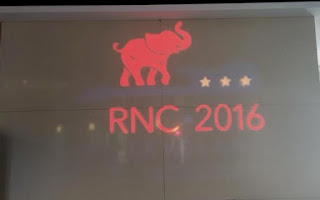 And so far 0 reported shooting deaths.

When Tim Tebow and Franklin Graham not only bail, but that claim they were never attending in the first place has to hurt. I mean, they were the D list.  I'm not sure where Chachi ranks.

I'm sure this probably happens at a lot of political conventions, but the billboards have been taken over. No longer are they cigarette and beer ads. Nooooooooo.............

But it's made for some interesting look-see. I'll just say, it's a good thing 710 was driving. 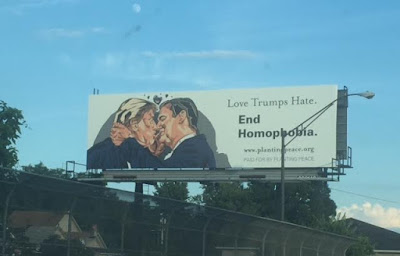 Five minutes from the main venue, and allegedly paid for by the Westboro Baptist Church. I hope that part is true too. 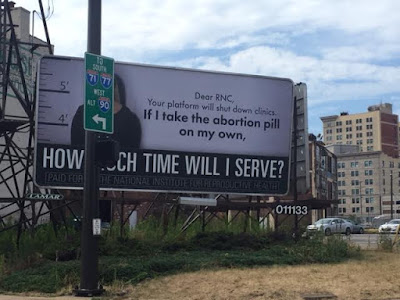 Stupid telephone pole was in my way, but I'm sure you get the idea. 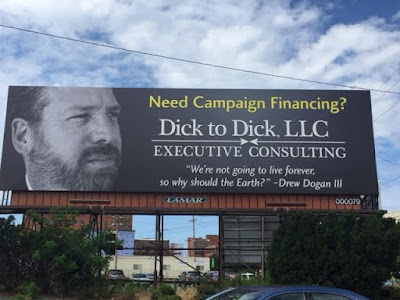 I honestly don't know what this one is for.

I should probably Gooooooogle it just s to see.

But honestly - this is the mother of all signs.....and it hangs right in Quicken Loans Arena, where the RNC is holding the convention. 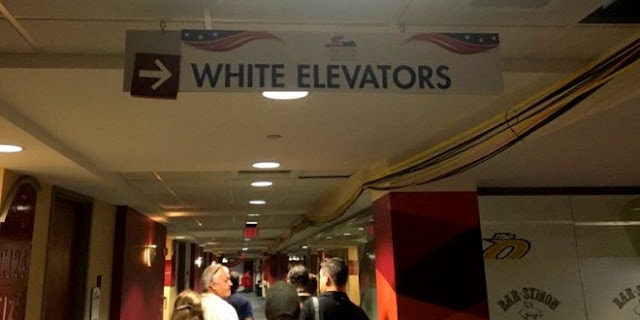 That is not a Q sign.  Nope - notice the GOP logo at the top. That's theirs and theirs alone.

I'll give this to them - they're owning it; putting it out there for all to see.

At least in Ohio, the GOP has literally nothing to lose. A recent poll of African-American registered voters showed that  t(Rump had 0% of their votes.

At first I saw it on FB, so I discounted it, but it is actually true. And according to NBC News - and you gotta figure Lester Holt knows what he's talking about  - support for the GOP amongst the black population is the lowest since 1964.  (to be honest, would have guessed longer.)

I get why the "new" Black Panthers are marching here - it's mostly a police / shooting unarmed guys thing, but that's all it should be. I would hate to say I'm caving, but this is a group of white men (and women) who are not about to change their mind on race.

Well...I take it back. They have changed their mind. They've decided it's ok to hate based on skin colour.....and religion. It's all broad brush stroked with this bunch.

I should say they've "kind of changed their mind"  - as after the photo of the White Stairs went public....and viral.....someone had the good taste to take it down.

Maybe they are still hiding in the shadows somewhat.

Song by: Talking Heads
Posted by Blobby at 12:01 AM

What a freak show

All I can say is that ALL of us who aren't his crazy and deranged supporters had better VOTE. If we don't we is in trouble.

What do you suppose they meant by "White Elevator"??