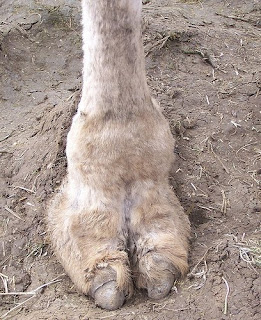 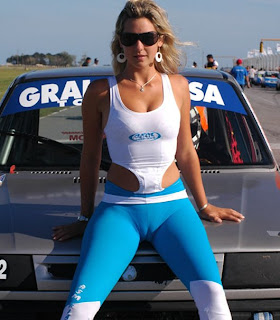 Camel Toe. It's a problem anyway you look at it ladies.

But now you can rectify your soon-to-be yeast infections with this: Camelflage!!!!

I guess it's like an armoured shield built into the crotch of your panties so things just can't - well you know.....spread.

I love part of the website: You will feel safe and secure knowing you aren't "that girl" everyone is laughing at behind your back.

....I really don't know what Marlo Thomas has to do with this, but hear this: they will be laughing at you behind your back. Maybe not because of this, but because of something. I've seen Mean Girls. They just grow up to be The Women.

And think about this.....about half the "testimonials" on the website reference Howard Stern. If everyone isn't laughing about you being "that girl", they will be snickering that you're taking advice from that sleaze ball.

To give credit where credit is due: this could be called Shopping with Denton. He passed on the item to me. Now that he has satellite radio in his car, it could be argued he's listening to Howard Stern - which would be grounds for separation in my book. However, he does "claim" to have found this via Chelsea Lately.
Posted by Blobby at 4:19 AM

Genius. Such a simple idea but wouldn't it be cheper to put a piece of cardboard down there?

One word: pantyliner. OR one could just buy pants that fit.

my ass would NEVER fit in one of those thongs anyway!

Laughing at? Did you say "LAUGHING AT"?

I'd say STARING at!

Geez, Loise, some folks just never reach a point where they can appreciate fine art.

I agree, anyone that hates the toe, hates women.