End of the Run 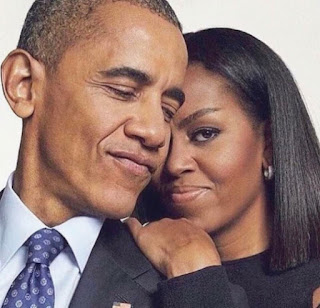 A pretty fucking good one at that.

Obama was not a perfect president, but he came as close as anyone in my lifetime (so far).

The tenor of Obama's presidency was one of civility, strength, honor and doing what was right for man/womankind regardless of the fall-out.

Barack didn't hit all the marks all of the time, but I felt he did the right thing for the right reasons more often than not.

That is not a small feat.

I could sit here and point out all the things I thought he did well. No healthcare system is going to be trouble-free. You're talking about 300MM citizens. Yet, he made great strides. And if you've seen, in his last week in office, the ACA has more people for it than oppose it. I think they are now afraid of losing what they had.....without knowing what it might be.....if anything.

While I'd never vote for any politician based on some so-called gay agenda or issues only (and I do know people who do that), I was impressed at Obama's inclusion of the gay community in his policies and politics. It was not immediate, but when he got there, it was sincere. It was not to score political points, but for the same rights as other Americans.

By all accounts, Obama could have had a better working relationship with Congress. But by all observances, they had no desire to work alongside him either - and he still accomplished more than one might think, considering the impediments.

I won't leave out his wife either. I have to admit, I'm still stunned - yes, stunned! - that people fucking opposed her passion of eating healthier and exercising. What a monster she was!

Barack or Michelle could have said the sky was blue, and people on the Hill - and the hill folk - would have disputed it.

You wouldn't think a leader of the free world speaking eloquently would not be such a big deal - yet 44 is stuck between 43 and 45, and those are two reasons I stopped listening to much of NPR and nightly news.

U.S. politics has always been a down in the dirt(y) game. From 2000 on, the elections have gotten nastier, and candidate after candidate completely unqualified - though it hasn't stopped people from voting them in......then complaining about them before re-electing the same scum.

I did see Obama as a break in the cycle. And he was. Unfortunately, with his election and subsequent re-election, America got ugly and uglier.  So now we are here.

I will lament the loss of Barack Obama. I will revel in his legacy. While I do believe history will rank him as one of the great ones - I'm already there.

We shan't see another president like him in a while. Possibly not in my lifetime.

While the current state of being is less than optimal, I am proud to have experienced a man like Obama as my president.

Song by: Debbie Harry
Posted by Blobby at 12:03 AM

obama couldn't do what he wanted due to a shitty congress. we the people need to MOBILIZE!

Thank you Barrack and Michelle.
With their example and strength may we keep working toward a higher goal and a future of better.