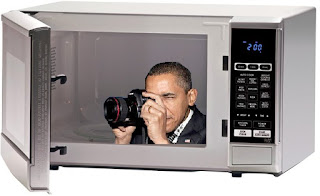 Oh......you know, I was all ready to write a completely different post for today.  But as I do most days, I come home to see what pearl that the Dump administration might give me - all while trying to avoid the news.

Cleary, they love to be mocked.

How can they not?  Isn't that what Kelleyanne is getting paid for?

But I go back to this:  DISTRACTION.

They tote out "Ms" Conway to say something completely moronic - such as microwaves as camera shit - while hoping you miss the story on Dumpcare, where in 14 MILLION people will lose healthcare in the first year.  24 million over the next ten.

Considering there are roughly 22 million people on the ACA, that is pretty much most everyone. I honestly don't know how they'll love an additional 10 million over the next decade, when it seems like no one can, or will be able to afford, to sign-up for the new plan.

Sure the new plan will save $337 billion - and why wouldn't it?  When the government is not assisting for people to be covered, there is no cost - that all falls to the hospitals, as the patients will be self-pay, which means no pay.

So Dumpsters - still happy you voted for the twat?

I think that absolute best part of the Dumpcare story is the ACA's biggest opponent, the new head of Heath & Human Services discounts the CBO report - even though the head of the CBO is a Republican appointee. I like how HHS says, the CBO was wrong about the ACA, so they're wrong about this.

Meaning, HHS claims that the CBO said there'd be 8 million more people signed up for the ACA than actually did.  So............then maybe they are wrong this time

But the voting public has an attention span of a gnat. Not only are they easily distracted, they get bored easily. They don't realize what affects them until it's gone, and by then it's far too late. I'd say that's sad, but I'm thinking they get what they deserve.  They went for flash over substance.

For a man who cares more about his ego than his actual job - any of them, not just his current one - one would think he'd put a better face on his administration that he wouldn't have such buffoons being allowed to talk to the media.

But, then I guess you can't distract with people spouting..........truths!

So, people will mock these folks........and rightfully so. Just don't let them pull the wool over your eyes.   Again.

I am an American man, and I have decided to boycott American women. In a nutshell, American women are the most likely to cheat on you, to divorce you, to get fat, to steal half of your money in the divorce courts, don't know how to cook or clean, don't want to have children, etc. Therefore, what intelligent man would want to get involved with American women?

American women are generally immature, selfish, extremely arrogant and self-centered, mentally unstable, irresponsible, and highly unchaste. The behavior of most American women is utterly disgusting, to say the least.

When you allow people to blow up 3 steel skyscrapers in the middle of NY without questioning it...this is what you get. Maybe if people would have been a little braver when we needed courage things would have turned out better.