It was an iffy week for animal pics. I had long long hours, so my time with them was limited, and when it even happened it was 05:00 or later at night. I did what I could - though I never did capture one of Sophie. 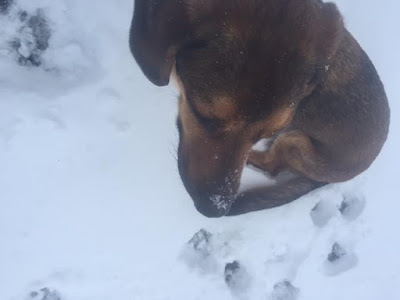 Like Pete, Shep is the dog who wouldn't let me take a great pic.

He was rooting around in the snow with his nose. It was great, but you can't truly see it. 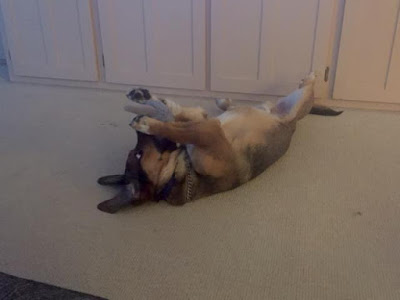 First thing he does after coming home is to grab his favouite toy (which is saying something, given the number of them): Arnie the Armadillo.  well, that's what I've taken to calling him. 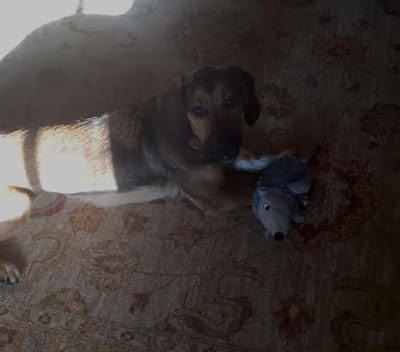 He grabs Arnie and brings him up to the dressing room. 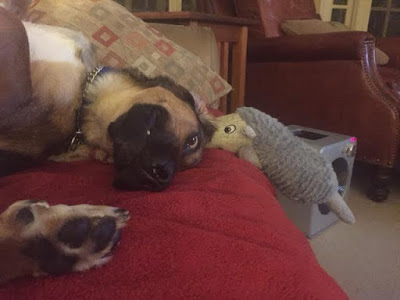 ...and he brings him up to the sofa to sleep with him.

I did snag a quick video of him when I got home and freed him from his crate. It's not his most excited, but it's still fun to watch.

Happy boy looks full of beans - in the figurative sense, and there I hope it stays.

Oh I so love the dog photos.

happy puppy! and your home! WOW!

I don't think that Shep can take a bad picture. He has a really long tail! That fourth one looks like he's being attacked by a critter from an old science fiction movie. That armadillo is cute and creepy at the same time.