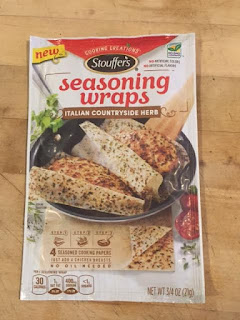 I can probably count on one hand any advertisement on television (or in print) that has made me want to actually purchase something.

And yet with the advent of the DVR, it's rare I actually see a televised commercial - so the chances are even slimmer for that connection to happen.

Yet Stouffer's had me in intrigued by their 'season wraps'.

Yes, it sounds exactly like what it is: a parchment like paper that has seasoning adhered to it with some palm and sunflower oil.

It becomes like cooking, but not really cooking. You don't quite prepare anything. But it's more than microwaving something.

It's like you're Sandra Lee, without the moronic dinner themes, or the made-up boozy girl-drink she concocts to mask her own alcoholism.

710 came back from the store with two different kinds - so we opted to try the Italian Countryside version. I have no idea if it's northern or southern Italy. 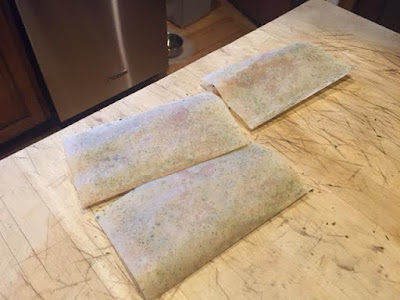 Four "papers" come in a pack - which is good because I had four breasts.

The chicken breasts must be about 1" in thickness (that's what she said). You can buy them that way or pound your meat.  Yeah - I went there. 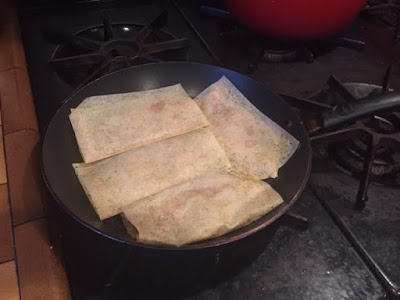 Over low-medium heat, in a skillet you cook for 10 minutes.
No oil is needed, as the palm and sunflower oil on the parchment is all you must have. 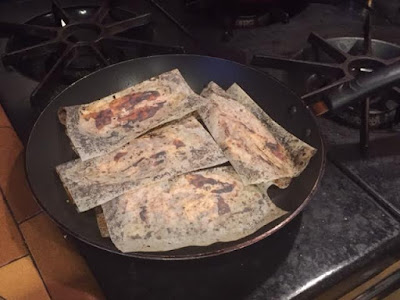 Flip and cook for another 10 minutes.

Actually, I thought 20 minutes for such a thin piece of chicken would be overkill - and it was. We stopped early and it was still at 180F - instead of the 160 it should have been. 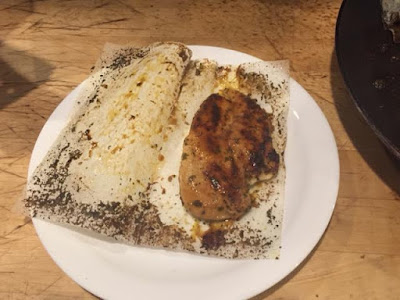 The chicken had nice colour and aroma. You can see the herbs came off the paper nicely, infusing the poultry with flavour. 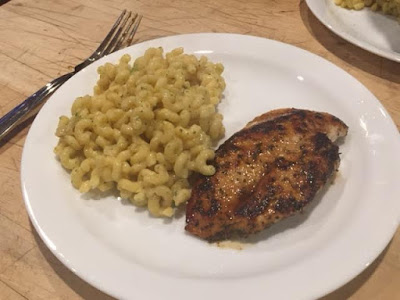 It plated up nicely.  It seemed just fine - with out all the prep work of seasoning the bird yourself.

I will say, it felt like we 'cheated' making dinner, but oh well - these last few days I've been back to 12 hour days at the office. And while you save no real cooking time, you do save the prep part - and there's something to be said for that.

If Mike and Peter ever come to Ohio, I'll make them this as dinner and pass it off alone as my own.
Posted by Blobby at 12:12 AM

texting "resist" to 50409 gets you a smartbot (set up by a 501(c)(3) that is working for a more engaged America) that will write letters to your specific congress representatives. It's fast and easy. I used it today, twice!

As quick or quicker than writing this comment.
Please, text "resist" to 50409 now.

I'm onto you, Blobby. Nice try

That's my kind of cooking. Actually that's even more complicated than I would try.
JP