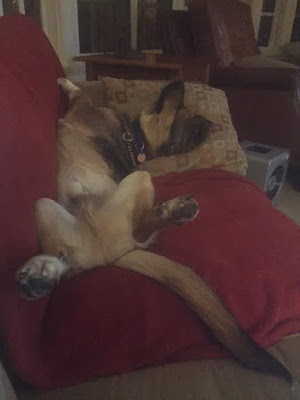 Emphasis on the 'creature' part. Such a long tail. 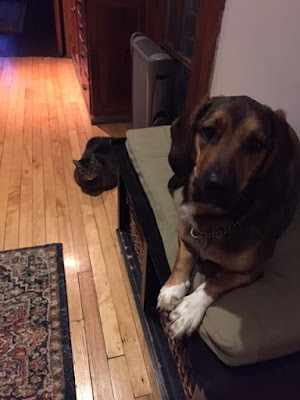 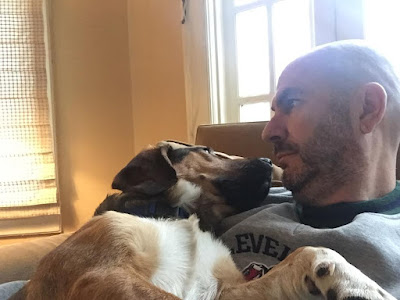 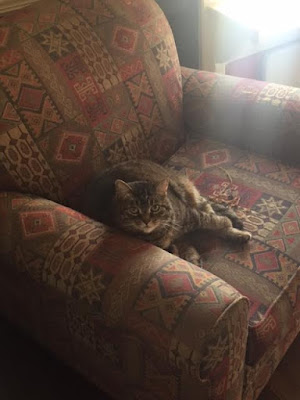 This used to be Sophie's chair. Then Shep took it over.

In a moment of defiance, Sophie has restaked her claim. 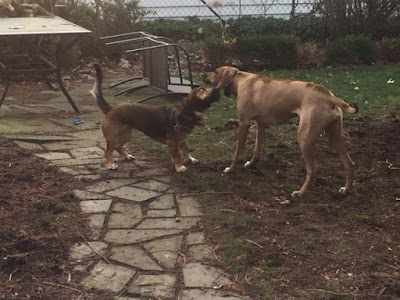 Shep and his friend Eleanore.

Her brother, Oliver, no longer gets along with Shep - and / or vice versa. It isn't aggressive play any longer, it's downright hostile. Dan and Suzanne had to put Oliver back in the house. But he and Eleanore played for a while.

and the queen has reclaimed her throne; good girl, sophie!

If only Shep and Sophie knew how they make my day start with a smile - and I'm positive for many others as well. Give them strokes of gratitude will you please?

Sophie does seem rather pleased with herself being back in the chair.

That cutie could use that tail as a rudder! Sweet fur babies!