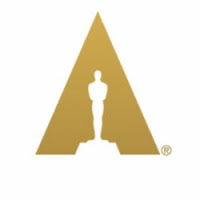 It's that time folks. And this year, I'm giving you plenty of notice. That is, assuming you want to participate. It is the 5th Annual Academy Award Guessing Game®.

While started by, and pretty much only participated with, Magic Mike XXS, but like always, you're all invited to join in.

The deal is - I'll post again a few days prior to the show with my picks. And you select yours. Just like you're a member of the Academy or something.

I'll be honest, I feel quite cheated this year. Any normal year, I might have seen half the movies. And this year, I've seen twice as many movies as usual and yet still have only seen half the nominated Best Picture selections. It just ain't fair.

On the other hand, Mike has "claimed" not to have seen any. He might be lulling me into a false sense of security. He's a shifty one, that Mike.

I will also be honest that I'm not feeling as cheated as Will Smith's wife thinks he was.

It's time to face facts, honey - you folks are multi-multi-millionaires profiting off Hollywood and the movie-going public while complaining about it out the other side of your ass.

And it's time to face facts honey - Concussion wasn't all that.....and even the press before opening kind of trashed the movie. And when non-Nigerian Africans mock your husband's "Nigerian" accent, well, maybe he didn't do his homework for the role.

Maybe Will didn't see his last 4-5 movies. I mean, why should he - no one else did either.

Sure, Hollywood could do more to promote non-Tyler Perry or Wayans Brother movies with people of colour. But I don't think just because you (well, not so you, Mrs. Smith....because.....well, you know....the Cosby Show spin-off.....and very very very little else) make shitty choices (hey, no one forced your husband to make the Legend of Beggar Vance) or to put on a fake accent and do a movie about sports and tragedy, automatically thinking someone should give you an Oscar nomination. Let's face it - the entire character send-up, and timing of release was nothing but Oscar-bait.

I guess the bigger picture is:  was anyone really going to sit at home and think, "Hey! I didn't see Spike Lee or Jada Pinkett Smith at the Oscars!!!"?  No. Not they aren't.

All that said, there are very few surprises with the nominations in the bigger categories - in my "humble" opinion. Though thank g-d that Quentin Tarantino isn't nominated for anything. If anyone was in dire need of a Silkwood shower, it is he.....or anyone he comes within 50 feet of.

I'll reserve my witty thoughts on the below nominees when I make my selections. We all have a good month to mull this over. And if Bruce Villanch can take months to write his shitty, lame-ass jokes, then so can I.

So here folks, are the nominees from which we will be making selections....should you choose to play.
Best Picture

Song by: the Allman Brothers
Posted by Blobby at 12:06 AM

I have only seen one of anything listed. Apparently I need to get out more. Or at least quit waiting until they hit Netflix.

Without doing an actual count, I must have seen 70% (at least) of all the films mentioned above - including six of the 'Best Film' category, with the remaining four all in my diary for the next fortnight. Not only male and Caucasian, I'm also 6 years older than the average Oscar voter - and, what's more, I actually PAY to see them, unlike many (most?) of those who, even given the opportunity, apparently do not bother to watch the films before casting their votes.

Btw: There are some limits, though, to what I will watch. e.g. 'Creed' - a boxing film AND with Stallone? No thanks!!

Of all of the top nominees including best picture, actor/actress, director and supporting categories I have seen.....0. Oops I don't get out much. I have to go all the way down to Star Wars to say I've seen an actual nominated film. Of those top ones I'll probably see Carol and Brooklyn after they come out on iTunes. I love that you do this, otherwise I wouldn't know any of the nominees.