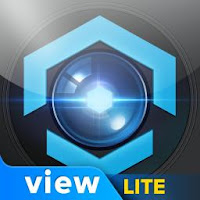 I'll be honest up front - this is an App of the Month, but it's more than an App. There is hardware involved......and pricey hardware at that.

For the holidays, 710 sensed my guilt about working outside the home and leaving Petey all by his lonesome. Well, Pete is not actually alone, but Sophie isn't quite the caretaker for which we would hope.

710 did not get me the app, Amcrest View Lite. That was at no cost.

However, the app hooks up to a webcam. Or cams - plural - if you opt to purchase more. And that is where the price comes into play - and that was my actual holiday gift.

Our cam is not a Nest cam. Trust me, it's the known name for guys like me, but 710 is a research guy, and found a much better rated camera.

With the software and camera, we can spy on the dog (and possibly cat) to check on them while we are not at home.

Amcrest has a few apps for this, but honestly, we could see no reason to pay for one. Their Lite (i.e. free!) version seems to work just fine.

The app can support up to 16 cameras - which is quite impressive. Now, we only have one, so I can't say for people who have more than that how easy it is to toggle from one cam to the next. I'm guessing it could be a little cumbersome.

As it is, I have to tap the screen, which brings up our menu of room (no, not plural) and then tap the room before getting to the camera screen.

But then we get a good view of one Mr. Pete. 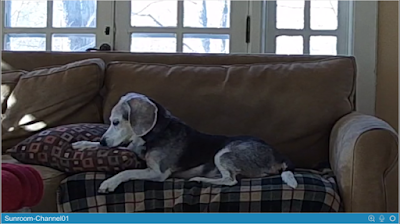 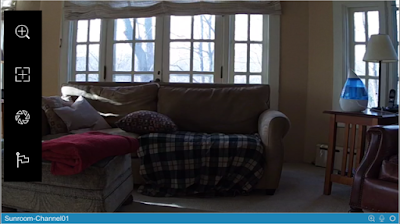 On the second screen capture, I purposefully logged-on when I knew the dog walker should have been doing their duty.  .....and she was. Or he was just out in the kitchen getting water.....or roaming around upstairs.  Who knows?

You get a better, more proportioned image (see above) if you hold your phone landscaped.  But it's easier to maneuver through some of the options when it is portrait. 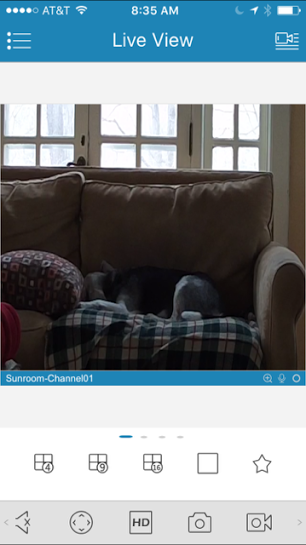 The bottom grey bar scrolls, so you can't see all the options in this image. I'm not sure Petey, as handsome as he is, is HD-ready. I'm not sure any of us are.  But you can snag a pic or video from whatever you're seeing (people robbing your house?).

You can also use your phone's mic to talk to the dog, and a speaker on the cam at home that broadcasts your voice. I have no intention of ever ever ever using this. I have guilt leaving Petey. I have guilt watching him there all alone. The last thing I need is to confuse the poor boy with my voice where he cannot interact.

But there is also an option to listen in. 710 logged on from work and heard...and then saw...the dog walker come to get Petey. He said that was weird.

One can also control the camera to pan right or left, up or down.....at least to certain degrees. So, that's kind of cool too.

It is a pretty slick system. We only have one camera. If Petey went and slept multiple places during the day, we could switch camera views to figure out where he is. Sophie sleeps so many different places, we would need all 16 cameras to look to find out where she might be. Though she's a little more self-sufficient than Mr. Pete.

And clearly, you can use this system for things that are not pet-spying: like security, if you're so inclined - having a camera on each door or something.

I try not to log on to the system more than three times or so from work. First off, it's distracting. Secondly, it does little to alleviate my feelings of abandonment. He seems fine and all, it has more to do with me than him.
Posted by Blobby at 12:05 AM

We have 5. Front door, front yard, rear door, rear yard and dog room. I love the front door one as when I'm home and the bell rings all I do is look at my phone to see if I need to answer it or not. Seems most solicitors are illiterate and don't think that the sign by the door applies to them.

Would you share the brand/model of your camera please?