We All Feel Better in the Dark

I wish I could say we "all" feel better.

Petey is struggling. After his 'panic attack' we had one decent, but not great day. The following day - yesterday - it went from bad to worse.

He's hanging in there. But it was another trip to the vet. Another vet bill. And another diagnosis of pneumonia.

I've always said how quickly things turn for this poor boy, and this no different. There was nothing wrong with his lungs two days prior, but poof - bad lungs yesterday.

Another day at the vet. More opiates to slow his heart rate from going too too fast - and another two weeks of antibiotics. It sucks to watch him struggle and suffer.

That all said, here are a few pics from the week. 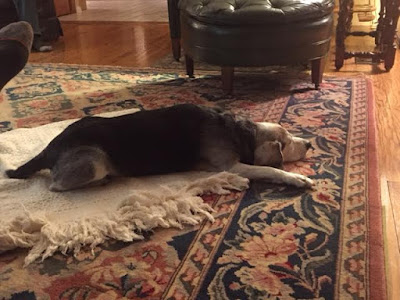 Hangin' at Nana's house after dinner 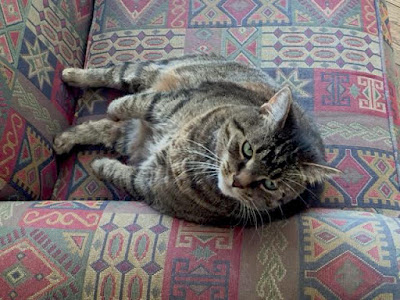 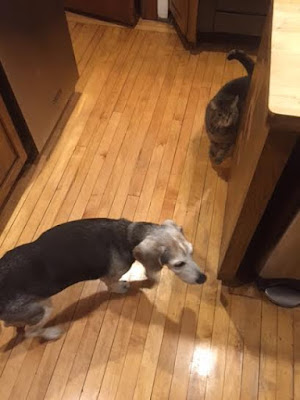 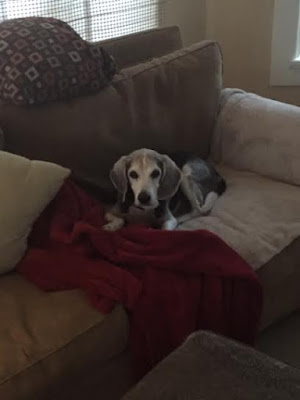 Thursday morning - his 'better' day - as I was heading off to work.

Hopefully we can overcome this. I worry - a lot. I fear there are only so many times we can weather this storm. Usually it's once per year.......and already we're at the third time in three and a half months.

Here's to a better week.

I know this has you and 710 beside yourselves with worry over the dear boy.

and yes, sophie DOES own the place. you 3 boys are lucky to live there.

I wish I was closer. Id come around and pat him on the head. Not sure it would do much but it would make me feel better.
JP

Cheers Petey from all six fur kids over here at Frarsome's house to feel better!

I am checking in on blogs after a week or so. I am sorry to hear about Petey. There is no fret than having a sick pet. What angst.

I know all too well the worry over our pets, so I'm thinking of you all and hoping Petey gets better and that Sophie keeps an eye on him!

I know I'm behind, but I hope Petey is doing better.