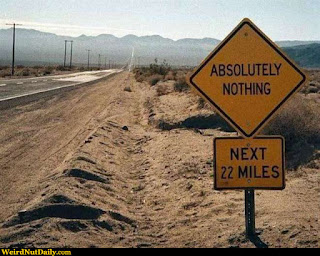 I can't feign interest in politics these days. While I applaud Obama's executive order on gun control, my bigger fear is it will bring out the nuttier wingnuts to actually vote in 2016 - and you know whichever GOP'er they pick....well............fuck.

And don't even get me started on those morons infiltrating a bird sanctuary. If it weren't for the birds themselves, I'd say, "firebomb it" and watch those so-called tough men run like sissies.

I could talk about work, though I normally do not. It's my first full week - and everyone is back from their holiday time off, so I'm hitting the ground running. Lots of strategic planning sessions - and I'm geeking out by making business plans and projections.  Squeeee.

No really. I love that shit. So yay to me.

And at week four, I finally got my office on Monday afternoon. Soon, maybe I'll get a phone and my laptop. I have a desktop, but I would much rather use a laptop.

Working at a location that is not home is odd. Well....different than it used to be. The food is a lot worse than I remember it, so I've been packing - which means on the weekends I've been cooking a lot - things that will keep for a few days and can be used for dinner and / or lunches. People are quite in awe of me bringing homemade soup, pasta with egg or broccoli or leftover of Thai chicken.

And Winter eventually kind of is here. In cold. No snow. Well, little snow, but nothing of note. But it's going back up into the mid-40s, so I'm not too too worried. Might be best Winter ever, if this keeps up.

Oh - and Petey. He's slowly rebounding. Not nearly as quickly as the last few times he's had a respiratory illness. Not not nearly as quickly as I'd like. He's about halfway through his meds - another week to go. But his appetite is better and we went on our first walk in five days yesterday. Well two walks - one with the dog walker (who has just been a dog-let-him-outer) and one with me later in the day. He seemed to enjoy it, though we cut it short as to not overdo it.

That is all I got.

Song by: Elvis Presley
Posted by Blobby at 12:07 AM

glad to hear mr. pete is getting better. and outside - it ain't fit for man nor beast (my asthma can tell you that).

That's actually a lot, and I like your idea about the firebombing, IF we could protect the birds first; the loons, not so much!

Speaking of the Oregon terrorists, have you checked out the homoerotic fan fiction on tumbler about them? https://twitter.com/hashtag/bundyeroticfanfic?src=hash. So many laughs.

How about I make that click-able? #BundyEroticFanFic