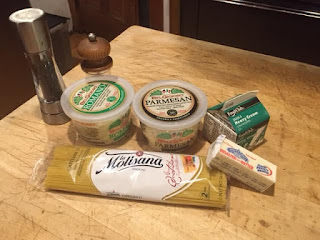 It's what it's all about. Or seems to be about.

Let's face it - making pasta after a long day at work is usually fairly painless. But there are only so many ways to make it - or that I know how to make it. And I want to mix it up.

710 actually saw a similar recipe on-line, but for the life of me when it came time to make it, I didn't know where it might be housed.

Also, after a long, hard day at work, you really should pay attention to the directions, because there is a huge difference between 3T of butter and 3T of ground pepper.

It's amazing what reading part of one line and part of another will do.

Ruckiry (not Jon's boss), I caught the error before actually cooking, but not before actually grinding three tablespoons of pepper.  ....though I have to say, my forearms look great now.

I know the photo shows heavy cream, but I didn't end up using it. I think that was for the better.

Boil pasta, reserve 3/4 C up of the pasta water. 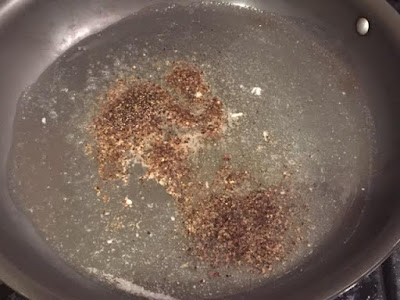 Melt 2 T of the butter. Add the pepper, swirl around. Not twirl around.
Add 1/2 C of pasta water and bring to a simmer. 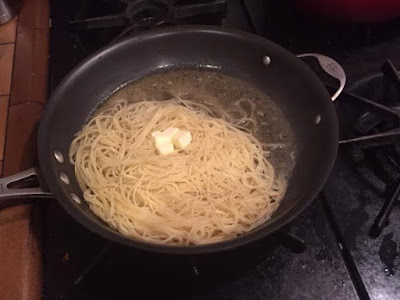 Add pasta and rest of butter. Use tongs mix together. 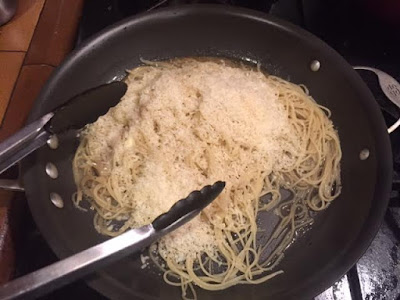 Add Parmesan. Toss till it melts.  Take pan off the heat. 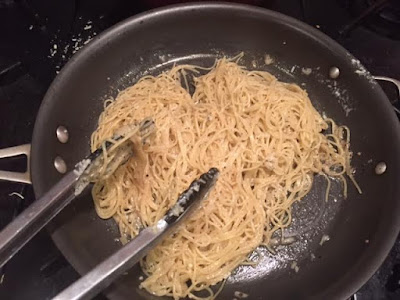 Toss in the Pecorino until it melts.  Serve. 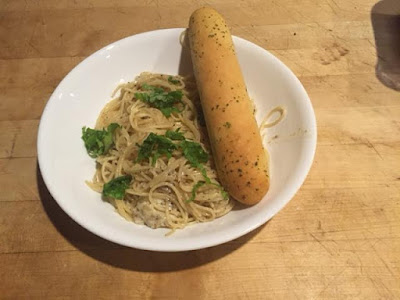 I topped with some fresh basil.........and a garlic bread stick never hurts.

Maybe a little cream would have helped.

I'd still try it again, I might just change things up a bit more......though honestly, I don't know how just yet.  And honestly, it took all of 15 minutes to throw together.....including the pepper grinding.
Posted by Blobby at 12:07 AM

I know someone who'd add a bulb of minced garlic. I am not joking.
JP

Ooh, yeah, crushed red pepper!
And a bulb of garlic, too!

We do something similar...but use grated Gruyere (you know, the husband being French and all...), and I always add hot chili flakes or spicy pizza oil.

There's another variation we do with just A LOT of fresh minced garlic, olive oil, thinly sliced bell peppers, fresh cherry tomatoes and fresh basil. Damn tasty, but I guarantee you will be tasting the garlic for the next day or so.

sometimes we mix it in arugula, 1T(ablespoon!)lemon zest and minced garlic (1 medium clove)