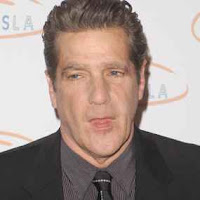 "They" say celebrities go in threes.

Sure, you know I was taken aback by Bowie.

Then it was Snape......though Mr. Rickman is in an upcoming movie this Spring starring with, whom my iPhone autocorrect called, "Helen Mittens". And the movie looks really good - though don't ask me the name, as I don't remember.

Then, well, I suppose #3 was Glenn Frey.   .....though that might be stretching the term "celebrity" to within an inch of its life.

I dare say I was never an Eagles fan. I was even less so when, a few years back, their HBO special / Sundance Film premiered on history of the band. For all intents and purposes, most of the folks in that band were kind of assholes. They didn't even try to hide it - especially Frey and Henley.

Don't even get me started on "Hotel California".  eeek.

I can't say I had much against Mr. Frey - though I don't think he did anyone any favours with his songs "the Heat is On" or "the One You Love".  I can almost tolerate his Miami Vice / Michelob song.

And at least it's not Timothy B. Schmidt's scrodeling why he can't tell you why.

Unlike Bowie, I can pretty much bet I'll never remember where I was when I heard Glenn Frey died.

On a related note - going by the title image, was Frey the inspiration for Lord Voldemort?

Song by: Queens of the Stone Age
Posted by Blobby at 12:06 AM

Wow, I didn't know Snape died.
Oops ...my I'm not on social media, don't watch the news and only learn about current events on blogs, purse just fell out.
That news hits me. I'm a Harry Potter fan.
The Eagles guy, don't matter much to me. Their 1970s and early 80s redneck pop rock music I actually enjoy as it was such a big part of my redneck upbringing. I quickly outgrew the Eagles after high school and never actually knew any of their names until this one died.

What about Natalie Cole, kind of famous, that would make number four. Of course that's not good if you say it can also go by sevens.

When I worked in hands-on healthcare, many people believed that patient deaths came in 3's, as well. The cut-off period was 3 weeks. There was a lot more to it than that, but I can't recall if a fourth death started a new set of 3 or then made it seven. Ah, memories. Seizures can do a lot to help get rid of those. ~~ NB