2018 was not a stellar year for released music. I am not sure I have ever purchased such little music in my adulthood during a 12 month span.

For sure, there was some good music out there, but to the point of purchase, nothing I had to plunk down dollars for. Also, when I got my new car in May, when the 3 month Sirius subscription ran out, I was too lazy to renew, so my exposure to some music disappeared.

So, I'll do my annual best of albums / songs.  The list is shorter than most years, but you can blame the content providers more than you can myself.

I only really have three I can recommend. None float to the top as THE #1. 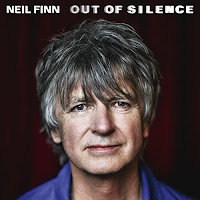 Neil Finn's disk, Out of Silence, is most devoid of guitars and drums. They are simple arrangements for complex songs with a choir background. All songs recorded live over four Fridays, streamed on Facebook while it happened. 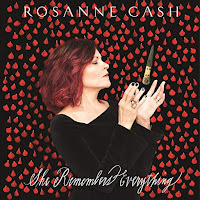 On paper, Rosanne Cash's She Remembers Everything would have been my top disk. I'm not sure if it is or isn't. It has some great work, but some stuff that sounds rehashed. When you put out an album every five years, you should want for more.  Still Cash is in good vocals and the good stuff does shine. 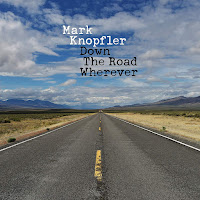 Mark Knopfler quietly released an album in November with Down the Road Wherever.  There isn't anything drastically different in his music, but it's always well done and comforting.


I am TOTALLY obsessed with Rosanne Cash's "the Only Thing Worth Fighting For".  When it comes through on rotation, I easily hit 'back' 4-5 more times.  Originally released by Lera Lynn for HBO's True Detective 2 (and co-written by Cash, Lynn and T-Bone Burnette), Cash presents a more commercial, appealing and addicting version (my opinion, of course).

You saw me feature White's song a few months back on a My Music Monday segment. It really battles for first place with Cash.  I was hoping for a full disk from him by year's end, but you know.....tick tick tick........one day left.


Released right at the top of the year, Finn's album got lost for many, not that it was ever going to be a huge seller. I've grown to love "Chameleon Days" even with Finn's falsetto vocal, especially with the balance of the choir vocals (think mid-60s adult contemporary / Ray Coniff stuff) works extremely well.


Van Morrison is man who just doesn't stop. Just a few weeks ago, he dropped this 40th (!!!!) album of original music in 51 years with, the Prophet Speaks.  I have not reviewed it yet, as I have not taken it all in. So far, all sign are positive in listening experience.  There's a lot to like on it, but so far I've gravitated to "Ain't Gonna Moan No More".


I am hoping 2019 has a little more to offer in the way of interest for me.

I was without XM radio for a while and kind of didn't miss it, until 710 played terrestrial radio. OMFG - so so so bad. Just one song that was worse than the last.   But srsly, when I reinstated XM, the first song up was Portugal the Man's, "Feel it Still".  As if the first 22,108.873* times weren't enough.  Ironically, the song was on Alt-Nation, which would have fit at one point, but hardly alternative at this one.

I never wanted to be that guy who never progressed musically and only listened to things that were released up until a certain time, but I'm tellin' ya, these 'artists' are not making it easy.