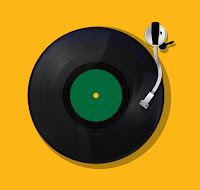 Technically it is Erik's turn to pick the theme for our music days. But Erik, if his Instagram account is to be believed, is under water....literally.

Arkansas looks like just before Noah christened the Ark.

He might not even have power any longer, so he is probably sitting there - in the dark - wringing his hands, wondering what will become of My Music Monday.

Yes. I'm sure that is what he's doing.

So, the theme this month is: no theme.  Just random music the way this whole thing started.

I'm going with the second song released from Alison Krauss' fair to middling solo disk, Windy City. "I Never Cared For You" is arguably the best song on said disk.

The song was written and originally recorded by Willie Nelson - of whom I'm not a huge fan of his version. But Krauss does it justice - and like with Union Station, a lot of that has to do with the harmonies that are provided.

It's only three minutes long.  It's a live version, not that you could tell - as that is how good she is. I could do without it being sponsored by Cracker Barrel though.