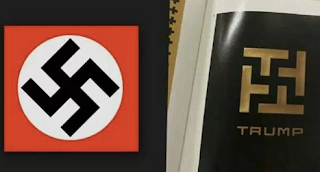 I look at the potential repeal of the ACA to be a double-edged sword.

The GOP is desperate for any kind of win in this first 105 days, and if it devastates millions of their constituents, well, then so be it.  .

See, I have health insurance, so for the moment, their devastation won't affect my healthcare. It will affect my job.......and thousands of others who work in healthcare when payments plummet.  The "joke" is, it will affect others too, even those who have employer coverage. Now their rates and contribution that their employer will no longer shoulder will go to them, the employee to foot the bill.

But let's see all those uneducated (Trump loves 'em) voters who are hanging by a financial thread lose their coverage entirely - - let's see if I give a flying fuck.   (hint: I won't)

Of course, that will be the buried story months down the road. The domination of the next week news cycle will be: GOP WINS, which of course the other side of that sword.....and the only side they care about.

Even further down the road (i.e. 2018 elections), let's hope everyone is a shitty place that these turds get voted out of office. However, whatever changes are made will happen in 2018 and fall-out won't necessarily be wide-spread before that election.

Naturally, I hope the chance at repeal fails (again)............just to see that even with controlling the White House, the House and Senate they still can't get shit done.


Oh, and then the lesser story to many (though not to many of my readers):  today SCROTUS will (most likely) be signing an order to legalize anti-LGBT discrimination. It has religious organization's fingerprints all over this one.

There is no double-edge this time. It's just a dagger.

Of course, I have hopes for it. And we need to play it to our advantage. For every single gay business, start asking to see if they've been divorced, or plant different crops side by side, or if they ever work on the Sabbath. Then deny them service. Religious "Freedom" works both ways folks.  Trust me: once the straight, white man is affected, I think they'll feel differently.

Some reports out there say were might be on the brink of WWIII.  I'm thinking:  fuck, if this administration still has 3 years, 8 months and 17 days in office (if not longer), then just fucking push the button now!

He loves nukes. He even told his supporters - and non-supporters - that. This should be a surprise to no one if when it happens.

these fuckheads are hell-bent on removing ANY obama-era legislation. their hatred for obama is vile!