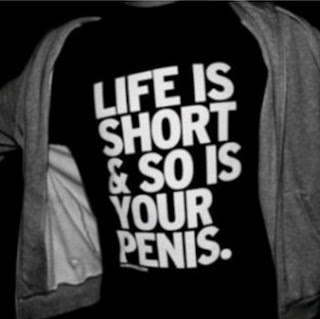 Oh that cousin of mine - feeding me stories, knowing full well they could end up here.

While I've been loving the New York Daily News for its scathing covers of SCROTUS, I still have to remind myself it's only one half step up from the New York Post.

I don't mean to play in to racial and sexual stereotypes, but why oh why would you want a puny white man's wang?

Now, in the big scheme of things, I like having a penis. But would I require another one should my current one go missing?  It would seem like a levers and pulleys to get it to work under the best circumstances..........no, it does say circumstances, not what you thought it did....and who wants that kind of pressure under not so great conditions.

Oh and can you imagine the gym shower?  I suppose the penile area was the first place Michael Jackson's vitiligo started. Ask Macaulay Culkin or at least one of the Coreys. Still it's hard not to get stares.

This guy has it all figured out though........he's going to get it tattoo'd to match his skin colour.

If you were going to do that, I'd have made them do all the needle work before attaching it to me.

Coming from one who already has a donor bone in him, I can say, it's nice to have, but I wouldn't do it twice, especially if one is elective surgery.  .....and I don't even know if my bone is black, but the way I see it #allbonesmatter.

An Electra 225? These days few actually know or remember that car. My mother had a 1967. It was white with a black top and black interior. Sounds like this guy would color coordinate with that old car.