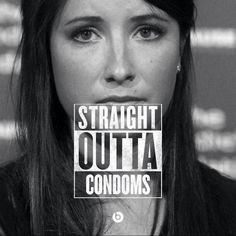 The surprise isn't that that Tramp, Bristol Slut Palin, had another baby.  The shock is she is finally married when it happened.

It's not entirely clear if she got pregnant after marriage - which isn't her style. She likes to put out without the need for commitment.  It's that whole "cow. milk. free." thing.

Make no mistake - she's the cow.


And I don't meant to slut shame. It's unfair to the rest of the sluts of the world to lump that wench in with them. It makes other sluts look bad.

I doubt it will be her last.

The fact that she was an abstinence advocate is just as preposturous as Trump firing Comey for his mistreatment of Hillary.