the Riddle of the Model 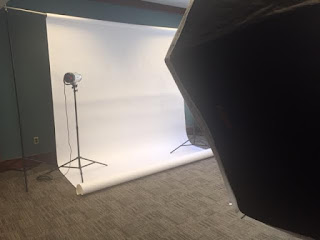 One of the reasons for the timeline of my glasses purchase was that for work they were taking pictures of administration - at least for the folks who didn't have them. Or for the folks who'd been around forever and their original image no longer resembles them.

Oh yes - I had a red-hot photo shoot at work.

I cannot say I was thrilled about having to do this. It is so not my thing. I mean, does anyone visit a medicine website to see who is the business guy behind the practice?

It seems there was no way of getting around it. And I literally waited until the last scheduling day to do it - as they only do it once per year.

But at least I had my new glasses.

That's about all I had.

The photographer works in media, but it isn't a photographer by trade. So while she took like 60 shots, I can't say I was happy with 90% of them. She wasn't savvy enough to say, "your suit is bucking here....or there....".  Some of them were just horrible. Just horrible.

I'm not sure I've had an official portrait done since I was in my fraternity. That was pre-digital, and I think they only took three. But developing film is expensive.

I think I was a little surprised when I got an email back the same day with the proof sheet. Well, I guess it was a zip file. 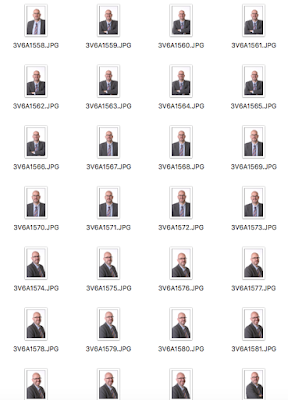 The good thing is, they let me pick the image that they'll use. I just assumed the powers that be who are higher than me would select. But nope - I get to.

I made a joke to see if they'd airbrush and photoshoppe it for me - and they came back that they'd touch it up.  I really was kidding.

So now I get to go select the image - which just seems to be a shot in the dark. I guess I'll be picking the lesser of all evils.

....and sometimes that the best you can ask for.

After it's all done, perhaps I'll post it here.

However, the glasses look great.

Song by: cast of Sing Street
Posted by Blobby at 12:06 AM

I still wish you had bought those Far Side glasses!

And you have a lovely smile :-)

I kinda like the arms folded ones; they seem to be saying, 'Get me the f**k outta here!'
With a smile!

The over the shoulder ones strike me a a bit 1940's Starlet Glam Shot - which I guess is OK if that's what you want to project.

"The glasses look great"
...You're welcome.