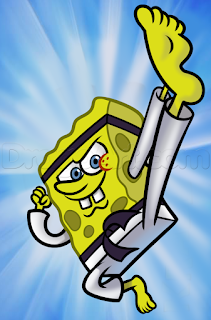 It's official: I'm a yellow-belt.

No, I did not take up karate.....or kare-a-tay, as Spongebob might say.

No, Blobby was required to go through Lean Six Sigma training this last week. And while it wasn't my first choice of something to do, it didn't suck or anything, which I totally figured it would.

Unlike kare-a-tay, Six Sigma only has four belts: yellow (me), green, black and black master.

The idea is for better process improvement methodologies - to eliminate waste and increase revenue. People. Process. Product. Allegedly in that order.

It got me out of my element and I only knew two people in the class, so it expanded my employee base a little.

I have done process improvements programs before - like General Motor's PICOS. So there weren't tons of elements to which I was unaware.

The fascilitator might not have truly appreciated my take on the case study we were given as pre-work to go over. While I got what the drill was to really cover, the case I was assigned had flawed - or at least partial - information. There was no way in reality to validate their reported success.....and I said so. He agreed, but had no follow-up as to why they still used that case study.

I would be ok with a day of learning. But these things aren't always about book learning...or video / presentation learning. No - you are required to participate. I at least got on a good team.

One of our projects was to eliminate waste and come up with a future state of a product. Our product was candy airplanes to get to children in hospitals.  Yes, you read that correctly. 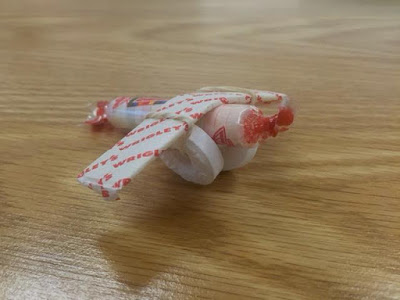 Then there are those kids who will just throw them thinking they could or should be able to fly.

Still, as we were the first team to present, we did the best. We eliminated steps and time (45 seconds of time) and one FTE.  You also must use the peppermint LifeSavers.  The 'fruit' ones get sticky and gummy. 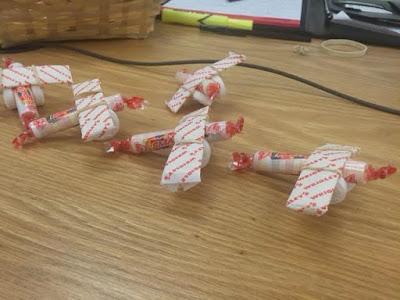 There are production issues when it comes to shipping of not having the wings bend. And the rubber band isn't edible.....so the future state was to find another product that is that would work:  Red Vines?  Candy glue?

I suppose it was good to work together as a team.

I don't know about green or black belt status. I should not limit myself - but I'm not seeing that in my near future.

Song by: Carl Douglas
Posted by Blobby at 12:06 AM

My organization, (I better be careful, with a little sleuthing people can figure out who I work for) went to primarily online employee training, I miss the live workshops. I miss getting to spend an afternoon working with some of the other 950 people that work for the organization, I always learned something, even if I knew the material better than the trainer.

Depending on the company you work for, advancement through Six Sigma is often the only path to higher pay, promotions, or even just keeping your job. A prominent healthcare company in Indianapolis is like that.