It is that time of year. A photographic look back at 2015.

Normally, I'd do this a few days before the end of the year, but posts didn't work out that way. But this way, we all get to skip my forced year-end post. If needed I can wrap it into the new year kick-off.

Hopefully, I don't use any - or at least too many - images that have been posted in the blog. No doubt some of have made it to Facebook or Instagram, but I'll try to limit those as well.

I tried for an average or two pics per month. Some have more. One or two have less. Some months provided better photo opportunities or more things happened in my life. 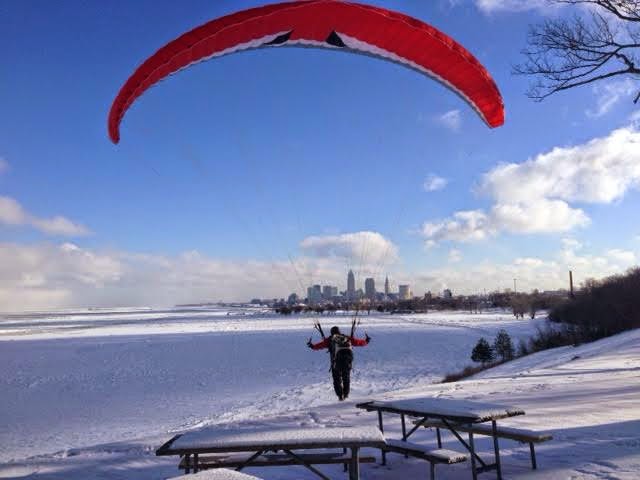 Just happened upon some woman (yes, a girl!) about to take a ride down to Lake Erie.
Cleveland is in the background. I love the shot, I only wish I had gotten some more sky above the sail. 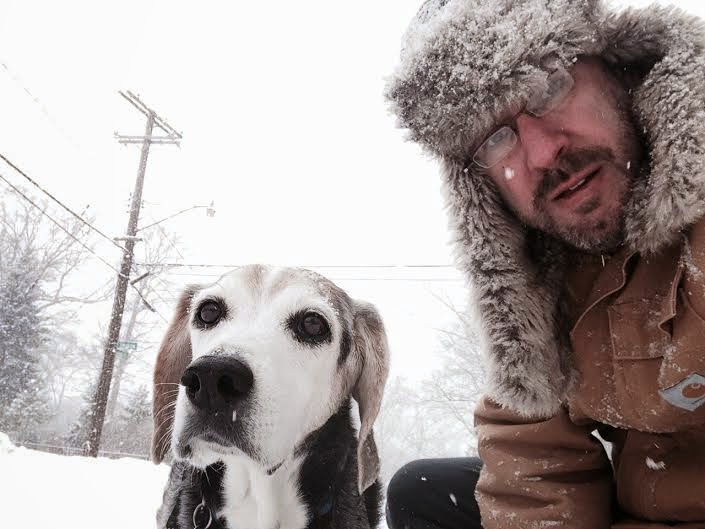 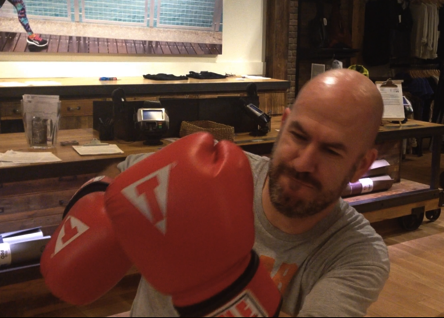 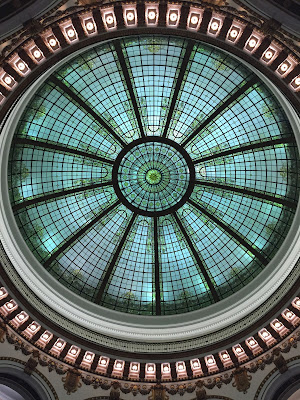 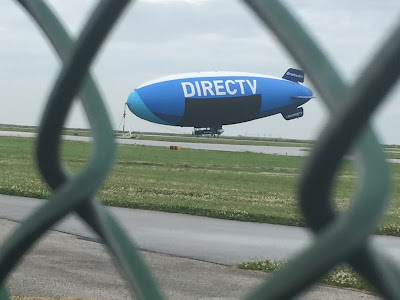 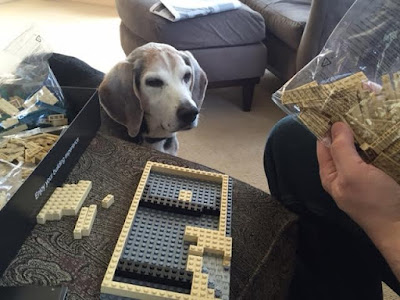 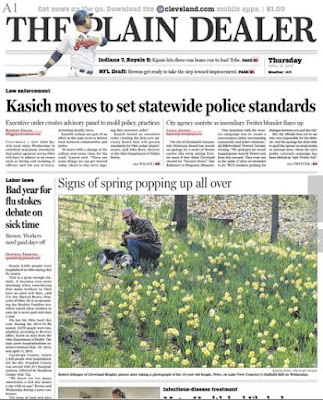 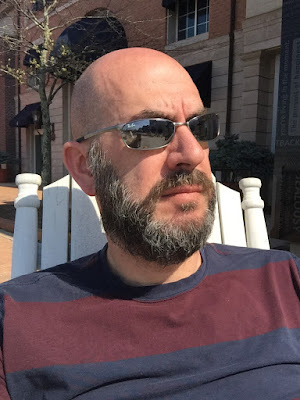 May 2015 - I miss the fuller beard. Maybe after I'm at this new job a little while I can start filling it back in. 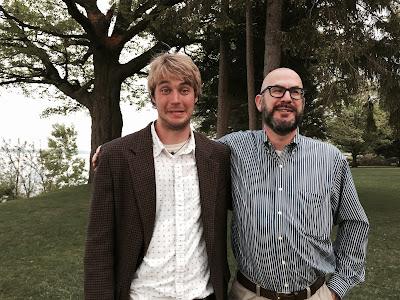 May 2015 - at my nephew's college graduation....well at dinner the night before. 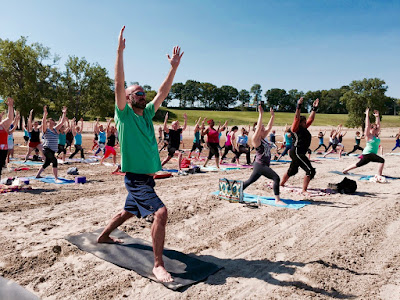 June 2015 - Virabhadrasana I on the beach 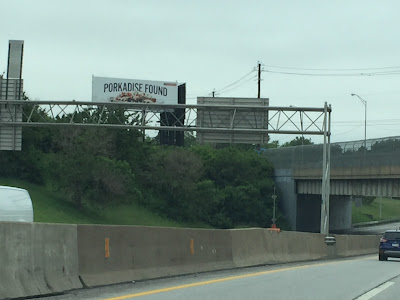 June 2015 - With apologies to Milton, I found this billboard hilarious....and I don't even like Chipotle....but then I don't have a food borne illness either. 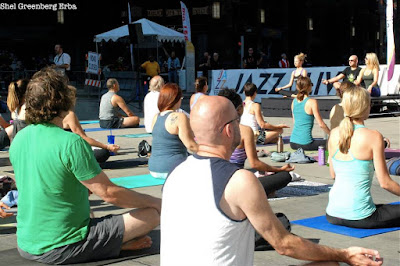 Getting my zen on with David.  Clearly I did not take this photo. 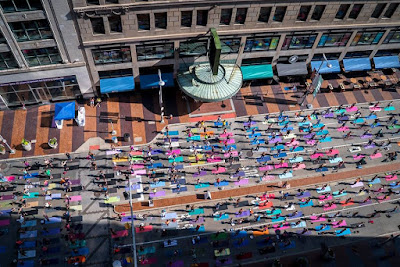 July 2015 - ariel shot of Yoga Under the Chandelier.

I didn't take this shot either. 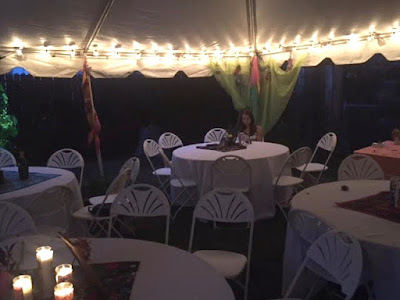 Morty said it would be my Pulitzer Prize winning photograph, if I did it in black and white.
I played around with the tint and it looks better in its original form. 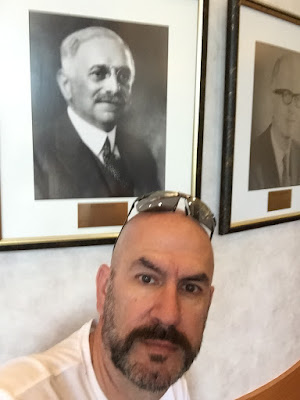 August 2015 - see the resemblance?  Me and my great-great grandfather, Emil. 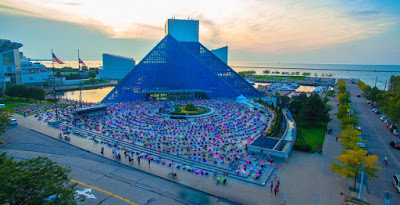 I didn't take this, but a drone did. It was better than any of my shots. I'm down there somewhere. I could circle it for you all, but it would wreck the beauty of the picture. 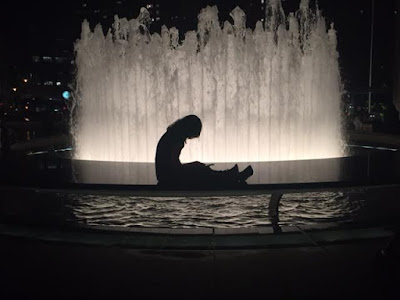 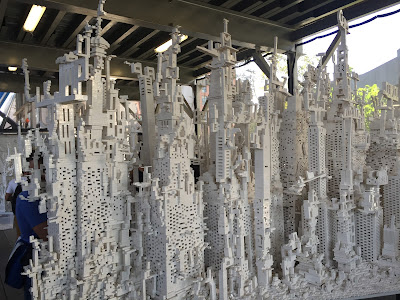 It's not Gondor. White LEGOs only (#alllegosmatter).
The public builds or adds to the existing structures....710 and myself included. 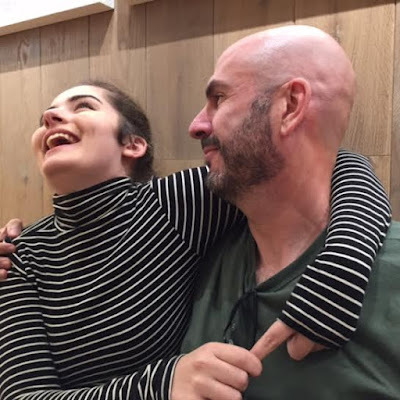 September 2015 - having dinner with my niece, Maddie in NYC, where she goes to college. 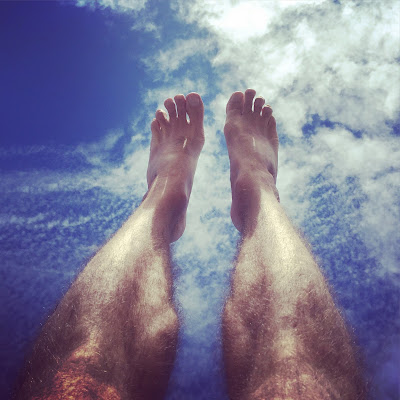 September 2015 - Shoulder Stand on the beach. 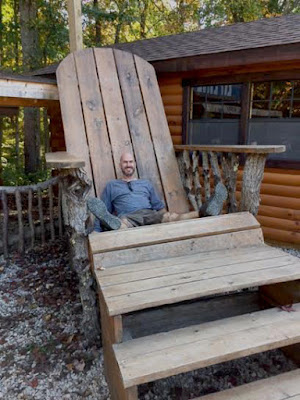 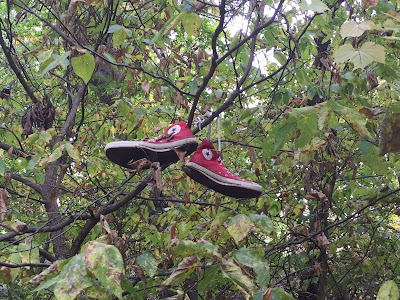 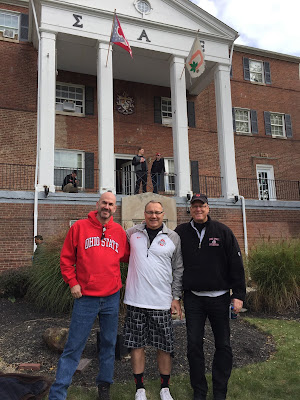 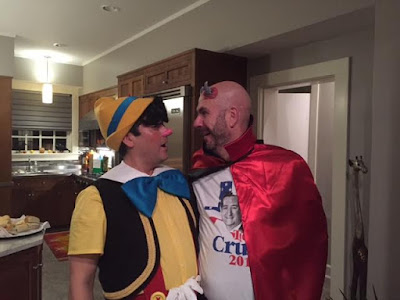 Friend and Neighbor Markie and myself at his party. 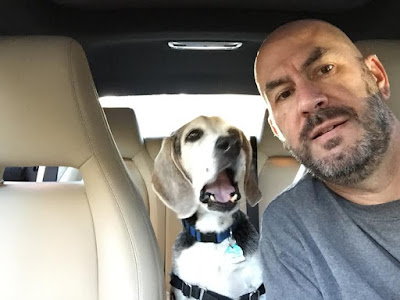 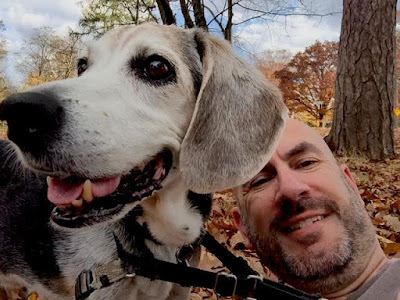 Such a handsome dude, he is. Me? It seems I have multiple crows feet.....and chins.  Fuck! 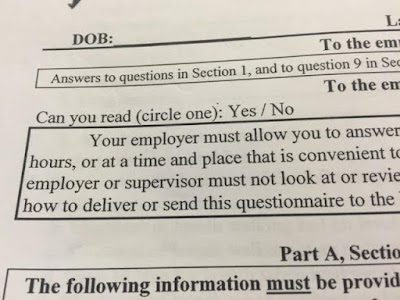 I couldn't not stop laughing at that one line....because how can you answer it if you cannot? 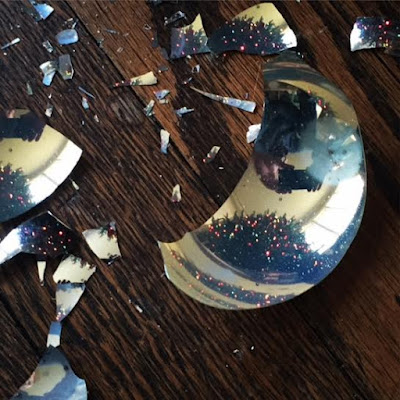 Gravity did it - no animal interaction happened.

Looking forward to next 2016's wrap up,
Happy New Years!

Love the photos!
Favorite Blobby post of 2015: Renovated and Restored. Loved that one!

Happy New Year!
Thanks for the hundreds of blog referral clicks as well. 679 clicks to FearsomeBeard from Blooby's Blog!

Blobby, damn I need to proofread, you'd think I'd have learned by now......

oh these were all marvelous photos except one.