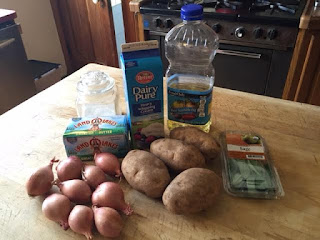 This isn't any every day side. It's not too labour intensive (except for the cooking time) and makes too much for two (it serves 8).

It is good though, if you're having a party You can make - though not cook - it in advance, to help with the labor intensity of it all.

It comes from Ina Garten - and it's a gratin. And I made it as the Thanksgiving potatoes, though 710 made mashed, as he didn't want to mess with tradition. 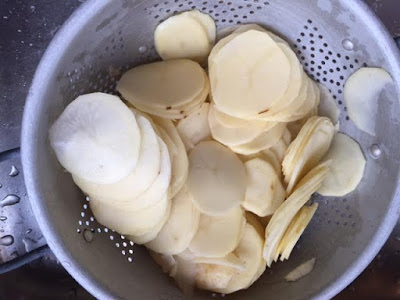 With a mandolin, slide peeled potatoes at the 1/8" width. Soak in cold water to remove some starch and then drain and pat them dry. 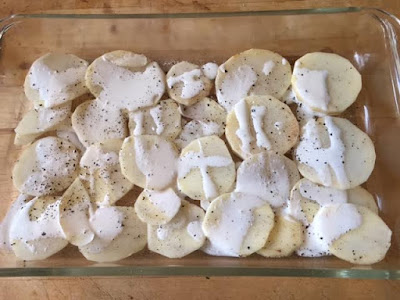 Put a layer of potatoes on bottom of a baking dish. Drizzle with cream and season with salt and pepper.

Repeat this layering until potatoes are gone. Pour rest of cream over the potatoes evenly.

Cover and bake for 30 minutes; remove the cover and continue baking until the cream has been absorbed, the potatoes are cooked through and the top is browned, 30 to 45 minutes longer. 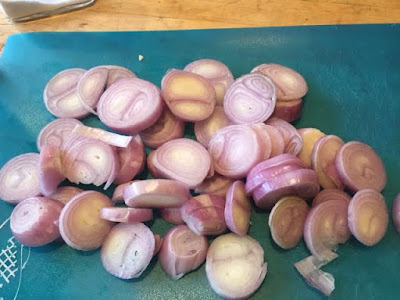 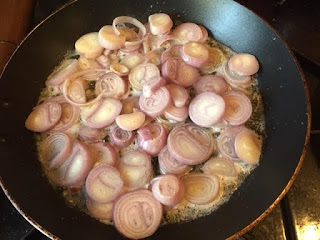 Here you're also supposed to deep fry sage leaves in the canola oil for less than a minute to get them crisp. I know my family well enough that this isn't for them, so I didn't actually do this part. 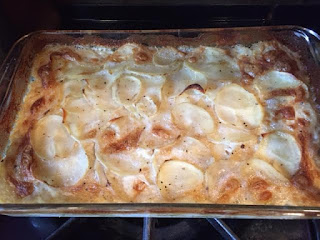 But if you did - evenly distribute the shallots and sage leaves on top of the potatoes.

Since we made this dish at home, we waited to put shallots on until we got to my mother's house. Then we popped it back into a 350 oven for 15 minutes to warm up. 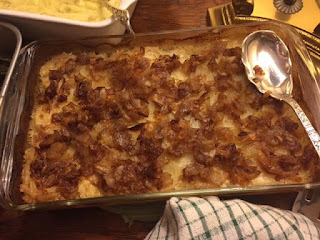 Looked good.  Tasted good. Though honestly, I hoped the shallots would have crisped up a bit. Wishful thinking since they were caramelized, but that's where my unrealistic expectations were dashed.


I would totally do this again, maybe with a modification. Maybe instead of frying the sage, do it with the shallots, not caramelize them. But that might just be me.
Posted by Blobby at 12:05 AM

No! Don't wash or soak the potatoes once they're sliced. You want that starch to thicken the sauce. Without it, the potatoes can end up swimming in a watery mess rather than being thick with gooey goodness. At least, that's what every French person who knows his way around a kitchen would tell you. :)

Never trust a skinny chef! That's why I believe everything Ina says. ;-) Seriously though this sounds/looks wonderful. Kudos to you for adding something non-traditional to your family's traditional meal.

This is blasphemy, but if you want crispy onions on top, those "fried onions" in a can would certainly do the trick.

this sounds lovely. i've made a similar dish but with chopped herbs and a bit of blue cheese layerd in the potatoes- no shallots. Add some melted butter in there as well. Add cream till almost covered, salt and pepper the top and bake. Awesome and artery clogging but its a nice way to depart this earth.