Each year, in some form or another, I give my $0.02 on the music of my liking that has come out over the last 12 months. There is almost no continuity in how I set this up, though I think I'm getting better at it. {hah!}

Normally, I do a top album and a runner up and then for the actual best songs, they range anywhere from 3-10. Yeah - I'm not that great at consistency some times. But sometimes there are not 10 great songs.  Don't think to much about the order of my top songs - they are not in any order at all. 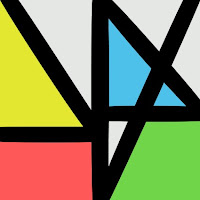 There might be more worthy albums out there - and many more that I haven't heard or even know to exist. But even with some of its faults, I'm still really enjoying New Order and their release, Music Complete.

Sure I can do without the Iggy Pop song. Sure, NO steals a little from U2 (guitar work on 'Singularity' is taken closely from U2's War disk) and the Frankie Goes to Hollywood ("Tutti Frutti" bass line) and Madonna / Donna Summer ("Plastic"), but overall it still works.

As with any disk, I like some songs more than others and I dig "Restless", "Academic", "Superheated", "Singularity", "the Game" and "Unlearn this Hatred".

It is a solid release and I've been enjoying it when it comes on.


While I'm not adverse to change, 'Academic' probably resembles the standard New Order song, more than any other on their new disk.


Speaking of change - "Reverie" isn't a huge departure for Isaak, but enough of one that it is my favourite song on his new disk. First Comes the Night.


Yes, it opens with and has the same three chords as most of the rest of her songs, but I like it. It is a very well constructed song - and there is no telling if it would have gotten the same reaction if someone else had recorded it.  I especially like how Adele incorporates the lyrics "California dreaming....."   I found that clever.


Brandon Flowers - "I Can Change"


Bronski Beat meets Killers meets Pet Shop Boys meets New Order. Brandon has been paying homage to the 80s since his band began. I do like the sampling of "Hometown Boy" though.


Shortly after the ISIS attacks on Paris, the Foo Fighters released a free EP download (their site and iTunes), as a gesture. I'm continually amazed at and by Dave Grohl. I wasn't thrilled with their Sonic Highway release. A great concept and just an ok execution. I'm not even that thrilled with most of this EP, but do like "Saint Cecilia".


the Watkins Family Hour - "Where I Ought to Be"


For sure the most obscure song on my list. Fiona Apple and Sara Watkins. I'd have liked the entire disk more if there were more songs like this. I'm guessing you'll all hate it.


While I am still a fan of Williams, her double disk at the first of this year was hit or miss. Too many songs for a single disk, but not enough good ones for a double. But I do like "Burning Bridges". And for those who care (Dith, Jon) her new disk comes out in March.

Well, I will always love anything New Order (altho I miss Hooky). When I was a kid I had such a crush on Stephen Morris! However, I plan to get the disc from the library and rip it (don't tell!) and then get remixes and extras and such from iTunes.

I love Adele. Altho you are right about the same chord thing, she sings the hell out of them, so she is forgiven. I haven't heard all of 25 yet (that will be another library disc), but I fear it is all ballads. Which is fine, but I was hoping for another "Rolling in the Deep" or even "Rumour Has It." ~~ NB