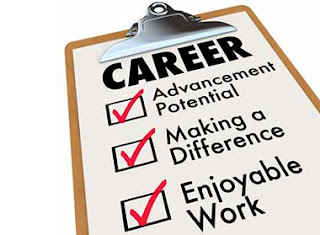 Yesterday I embarked on a new leg of my career.

Well.....today, I guess. Yesterday was orientation. Paperwork, I-9s, stuff like that. Today starts the job.

Yes, I have a new job. It's still in healthcare. And it is possible this might be the most you hear about it.  You know I don't blog about work all that much and certainly no specifics.

This job has been a long time coming: in need, in want and in process. Actually, for the employer, it's not been too too bad, almost 3.5 months from initial contact to start date. And that included maybe 10 interviews.

And as people will tell you, and I now firmly believe, you don't get jobs through on-line postings (the Ladders is the best one I've encountered.....Monster, possibly the worst), but through contacts and that dreaded word: "networking".

Technically for this one I was not networking. I was at the Apple store.

I didn't bother blogging about the broken phone because....who cares.....but in September I dropped my phone and shattered my screen. Curses!  (yes. More Mojo Jojo). Yes, I had insurance, which would get me a new phone if I paid $149.  Or for just paying $109, I'd get a new screen.

I did the latter. FYI.

But while in line waiting for the "geniuses", I ran into an ex co-worker. She dropped her phone as well, so we passed the time just catching up when she mentioned this job she knew was opening up and I should call the person (whom I also knew) about said job.

As I was on my way to NYC the next day, I just dropped an email whilst 710 drove. Within an hour I got a reply to contact her the second I returned. I did and I was then talking with HR two days later and in my contact's office two days after that.

Of course, things slowed down, but with enough movement to not make me completely pull my hair out (I mean......if I had any). And  during all this I had been chatting with the "other Brett" as he was going through a similar search - he kept me sane more than once.

But a little while ago I got the offer I wanted. Negotiations were quick and painless - and everyone got what they wanted:  ME!

I was hoping to start first of the year, but they needed me sooner than later. Since they really met my requests in other ways, I had a hard time denying theirs.

Timing might actually work out. With the holidays quickly approaching, I'm hoping things will be slower and give me time to ramp up a little bit without too much pressure right out of the gate.

I'd say I'd keep you abreast of the situation, but you know that's not my style when it comes to work related stuff.


Song by: the Michael Stanley Band
Posted by Blobby at 12:03 AM

congrats! and with HIPAA intact, you can't say anything.

I'm glad that we helped to keep each other's sanity in check.....it certainly was a process, but really appreciate the opportunity to share and support!!! We will definitely have to celebrate when you gents make it across the big blue ocean :)

Oh.....and dare I say that I like your reference from MSB :)

Of corse they wanted you! WooHoo!
BTW...A lot of people want you Blobby.

Congrats on the new gig!!