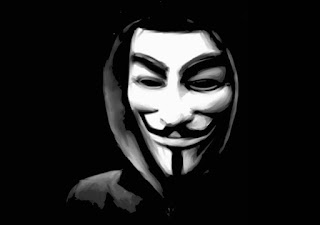 I know I have blogged about this before - but it's time for an update.

In the past, I've let you know of some sap who doesn't know his own name and continues to use an older email address of mine. Back in 2010 I replied to one of this guy's ex-girlfriends. And just a little over a year ago, I replied on an e-vite for all to see why I wouldn't be coming to a party.

I've tried to be "nice" - honest. It hasn't worked.  I've tried to be rude - still nothing. I even pretty much ditched Yahoo - though I haven't deleted the accounts. I just moved everything over to gmail. Yet on at least a weekly basis, I get email for this guy.

So I'm taking another approach. Instead of being rude, now I'm just being a dick.

He signed up for flying lessons at a certain date and time. I got the confirmation. And I waited. Weeks, even. Until two days before his lesson - then I replied back to cancel it. I wanted to wait until there was too little time to contact him another method, hoping he'd just show up and they'd given his time away and hopefully still retain his deposit for late cancellation.

Today, at 12:30 he has an appointment with a decorator. He had the choice between 12:30 or 16:30. I assumed he might be able to cut his day short if he had the 16:30 and meet with her. But 12:30 would be inconvenient and right in the middle of the day. Mind you - he doesn't even know about the appointment times let alone the one I confirmed. So she'll be waiting there for him. And waiting.....and waiting.

I got actual legal paperwork on expanding his property lines and asking if everything was in order. I ok'd it and said to just charge him whatever the going rate was - hoping the specifications on the deed were inaccurate, but he'd be stuck with it.

I got a work presentation from him boss - his fucking boss, who doesn't know his email address - asking for him to make changes to the presentation. I replied I would if I could find the time. I can only imagine how that follow-up conversation went.

Apparently he's looking for a new car. Should the dealer contact me, I will tell him the make and model for him to order and I'll be in to sign the paperwork when it arrives. Obviously with no intention of doing so - and not just because he lives in Texas.

And still - not a peep from one person. Off all the times I've fucked with these people, or asked them to contact this guy,  another method to say he was providing the wrong email - I got zero responses. ZERO.   (Ok, maybe one from a Mercedes dealer - who apologized then immediately put me back on their mailing list.)

So now I got actual bank documents on all his fucking financials and two account numbers. Emailed. From the bank. Unencrypted.

This is where I was rude and a dick.  ....because the two aren't mutually exclusive.

I actually replied - and cc'd all, since a number of bank personnel were included - and let forth a revelation, a request and a diatribe, all sprinkled with a load of expletives.

I told them THEY might want to reach out to their stupid fucking customer to let them know he's giving out the wrong email address. I let the bank themselves know that I was pretty sure they released information I'm sure their client wouldn't want someone else to have - and that I had opened and viewed all material.

I have to believe a few bank employees on that email took at least a small dump in their pants.

No, mind you, they're not about to admit fault to me, least of all in print, but all I got back was a comment about my 'colorful choice of words' and an apology that they must have mistyped the email address.

I did one more follow-up with them - restating (because I already had mentioned) that this was more a case of their customer not giving them proper information and to let him know since I didn't have his contact info.

But to do that, they'd have to admit to their customer the breach in personal information. I never got another response back from the bank, nor have I heard from the dickweed himself.

Honestly, I have no idea how to get to a guy like this.

All I need now are his medical records (though I do have their OB/GYN info) to make my - uh, I mean his - identify theft complete.

But they don't care. No one cares.

Forget about government oversight / spying. Forget about Target, JP Morgan, etc. These people are just handing me the info - no effort required.

Email ThisBlogThis!Share to TwitterShare to FacebookShare to Pinterest
Labels: Email

holy shitsnax! that is scary indeed. how to eliminate getting his e-mails is the question.

Oh the trouble you could cause. Stay on the right side of the law.

Today I'm grateful that apparently our names are not close and that you are not getting my e mails. ;-)

Happens to me, too, with some guy in nyc. It was only after I hit "reply all" to his conversation with a singer-songwriter I like somewhat that those emails stopped. I still get his car service emails and all sorts of other crap.

Evidently his child was 'graduating' from eighth grade this year - I got dozens of emails, most for requests for yearbook pictures. So I sent some in.

That is so crazy!!! You'd think this guy would actually care that his info is being disclosed to you because he keeps giving out the wrong email address. Unbelievable. Have you tried putting an 'out of office' response on the email account, telling the senders that it is NOT his email account?