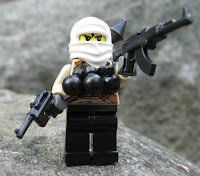 I've been thinking about the shooting down in Louisiana the last few days. Well that and the hundreds of shootings that take place annually here in 'Murica: Land of the 2nd Amendment.

I thought Trainwreck was ok, but certainly not bad enough to shoot up the theater.

Of course, the main character doesn't stay at home or keeps quiet in church. She's kind of a drunk, promiscuous sort, so no doubt that had Mr. Crazy Pants all up in arms. But all up in militia arms.

But as a friend of mine mentioned: 'why isn't this called terrorism?'.

If an armed man in Afghanistan walks into a coffee shop with a bomb strapped on, or someone in Egypt shoots up a pizza place, even if they kill no one, the U.S. media, and U.S. politicians call it terrorism. Well the 'media' calls it terrorism because they're taking their sound bytes from the politicos.

If an armed man goes into a Littleton, CO. theater and kills 12 folks or an elementary school in Sandy Hook, CT killing 23 children, he is a madman who might have some mental health issues. But it's not terrorism. They are not terrorists.

And here is why it isn't terrorism - at least to both the politicians and their constituents:

If we were to call it "terrorism" it would mean one of several things.

First off - we, as a country, would have to actually dial down the rhetoric for those in the middle east who are suicide bombers in the name of religion or an oppressive government.

Secondly - with all the demonizing we have done regarding the middle east, and certain African nations, vilifying their behaviour so we can use military action, or to sanction, or to manipulate funding, we would have to admit that we are no better than they are.

And we aren't better. We just have a better PR department.

Can you imagine the deuce the NRA would drop if we changed the verbiage on this - and the word "terrorism" and "terrorist" were being used on a daily basis - and in the papers and tv news?

By all accounts, the Louisiana gunman was a Christian who praised the Westboro Baptist Church and said he followed the bible to the letter of the law. I don't remember a mass theater shooting being in those pages, but I can't say I've read it cover to cover for content.

Thank g-d, he wasn't wearing a gallibaya - because then he would have been called terrorist. Because it really comes down to clothing, travel and sometimes your birthright. Well that - and if you fly three planes into three buildings.

Oh - and your religion.  Yes. that is the big one.

Honestly - if we want to change the culture in this country with mass fatality shootings, we need to call it what it is: terrorism. And the people who participate are terrorists.

Not once have I heard a politician or media representative call into question a suicide bombers mental health. But that is always their 'get out of jail card' we play here. I'm not saying our terrorists don't get jail time for their crimes, but it's always with the caveat of their mental stability. On U.S. soil, it's always called into question.

But slap a Khet partug or Perahan wa tunban on them, and well, they are just plain evil from the get-go.

The sad thing is, our culture is set. I don't see these shootings stopping, nor do I even see a politician actually trying to place restrictions on weapons (so stand down gun-nuts....no one is trying to take them away).

Let's just not beat around the bush here. We know what is going on, so does the rest of the world. Just own up to it.

We breed terrorists here - and in the name of religion and what some see as an oppressive government. Just like everywhere else. Plain and simple.

After 2001, local police departments across the country signed up for federal dollars to fight terrorism in the "homeland." (Do we have any other land?) A small town police chief in the lower midwest (Kentucky - really the extreme northern part of the deep south) told a gathering of community leaders how glad he was to have the money. When pressed, his biggest issue was environmental terrorists - who had done millions of dollars in property damage and scared away a couple of developers who had abandoned projects rather then risk the safety and lives of there workers at the hand of the nutters coming out of the hills. Sabotage had seriously injured a couple of people. Homegrown terrorists - and we haven't gotten the religious nut jobs.

Here, here.
You nailed it Blobby.

Can you identify what is so important about applying a label to these crimes?
Labels don’t solve anything. Labels only serve to empower tyrants as well as spread division and misguided propaganda. Sometimes misguided propaganda sticks to otherwise intelligent people. Fear is a great method to create this outcome. Intellectual terrorism is the biggest threat we face.

Americans think that "terrorists" live in other countries. Nobody wants to believe that there are American terrorists born here and living here. Simple denial.