One of Our Submarines 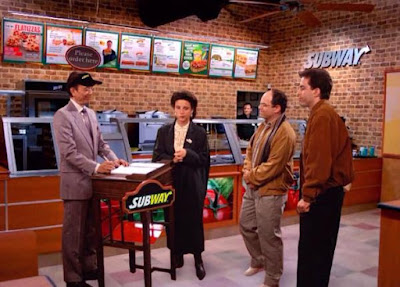 Financially, not so poor - with an estimated net worth of $15M.

Still - not arrested, not even charged of anything, and still guilty in the eyes of just about anyone with a keyboard or teleprompter.

Even if completely innocent, hey can kiss his Subway affiliation goodbye.

I suppose it is quite possible he's guilty of having child pornography on his computers, but since police won't even exactly say what they're looking for, it is unknown. And since neither you or I are there - we have zero way of knowing.

But this is Nancy Grace's 'Murica now. You ARE guilty until proven innocent. And if you are the latter, well too bad for you. Because you certainly won't get an apology from those who vilified you. You won't even get a full recounting of actual facts.

More than likely, even if the justice system works, they might spend a day or two claiming how one 'got away with it' or 'beat the rap' as opposed to say 'maybe we just called this one wrong'. But by then it is far too late - your friends, family, finances, employment and employment opportunities are long gone.

But the pundits - and yes, I mean every asswipe with a keyboard and Twitter or Facebook account - knows more than you do. They know the ins and outs of all the cases. They must. They comment on them as fact. They have insight into any and all investigations and have predetermined the outcome and if it doesn't go their way, well, then.....'the system is broken' obviously.

And not one of these dicklicks think that misrepresenting of the facts can happen to them.

Why? Because they're better than you. That's why.

So, I'll sit back and watch. Either way, it's no skin off my back. I don't eat at Subway and I don't have kids.

Song by: Thomas Dolby
Posted by Blobby at 12:06 AM

I agree, and I get quite annoyed by this "You're Guilty" mentality the very moment a story breaks.

Good post sir.
Distraction and lynch mob media serves the corrupt and powerful quite well. It’s very irresponsible of the media to spread assumptions based on limited facts and worse for the public to embrace them. It’s very damaging to our society. It literally dumbs us all down.