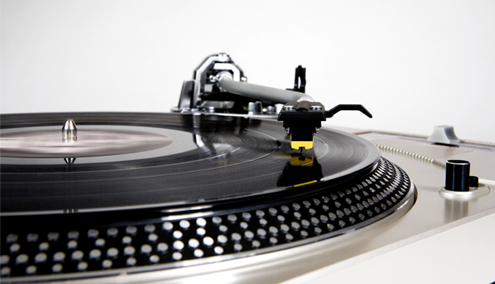 Today is our fourth wedding anniversary.

Yup, four years ago we tied the knot in Washington DC.

I kept thinking I should do something special for this music post, but I'm not sure 710 and I have "a song".

We kind of do, but nothing I'm sharing with the likes of you. It was just a song of the time and that's all that needs to be said of that.

So for fun, I went back to check out top song of our wedding week. It was Key-Dollar Sign-Ha, so there is no way in fucking hell I'll be posting that. And I never even heard of the song, so there's that too.

So I just did the #10 random song on iTunes shuffle - and you're getting Duran Duran and the title track from their album Rio.

As much as "Hungry Like the Wolf" defined Duran Duran as a video band, I always like the video for "Rio" more. The song too.

Back in 1984, while working at an internship in Manhattan, a woman who was in the same office would tell the story of her 13 year old daughter, with a Duran Duran poster on her ceiling, so she could see them as she drifted off to sleep.

Before her daughter could go to sleep, the last words she would say would be, "I love you Simon".

If she had to talk for any other reason after that statement, she would have to repeat the process of proclaiming her love for Mr. LeBon.

Regarding the anniversary, I might fill you folks in on that in a day or three. Hell, it falls on a Monday and is #4. None of that seems very exciting.

Have an especially nice day for your 4th, Blobby. Many congrats!

Happy Anniversary ... both of the them.

Congrats on your 4th wedding anniversary, and nearly 30 years together. That is a real accomplishment and something of which to be proud.

Indeed; congrats. May there be many many more and each year better than the others.

Happy anniversary to you both!