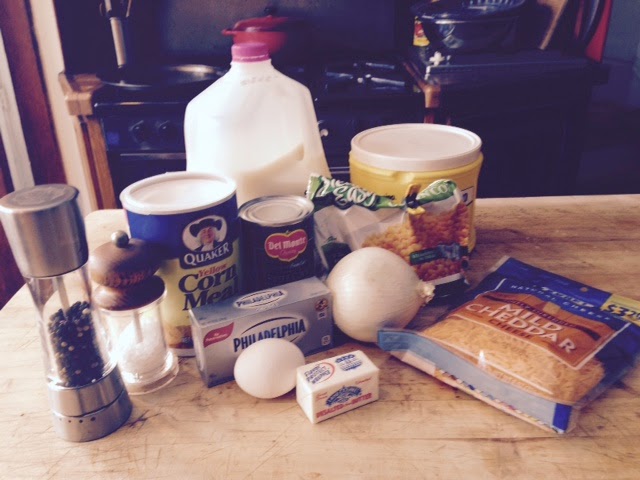 The New York Times did a fakakta article on the most Goooooooogled Thanksgiving recipes by state.

Frog Eye Salad (any number of north western states), Pig Pickin' Cake (as you might expect something called this in North Carolina), Dirt Pudding (here in Ohio......never heard of it) or Snicker Salad.

It reminds me of something a former friend would vow to bring to parties: three pretzel salad.

I should probably be more worried with this list of oddly named, and even odder actual list of ingredients, that the one we opted to make for our Thanksgiving was somewhat on the list - from Kansas no less.

They call it 'cream cheese corn'.  Ours was called 'corn pudding'.

Kansas might win on the name: one because it sounds gross and two, because the only people lately talking about 'corn pudding' are Bill Cosby's victims.

Even with all of these ingredients, it was simple enough to make. I just wasn't sure how it'd turn out. 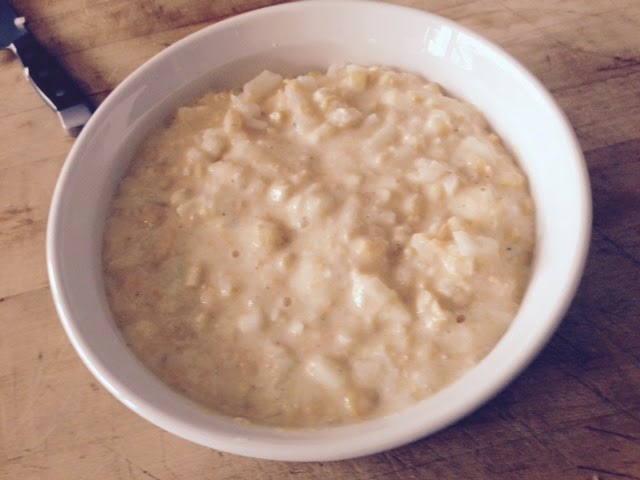 Mix well. Even that softened cream cheese took a while to incorporate. I should have cubed it first, but I did not. 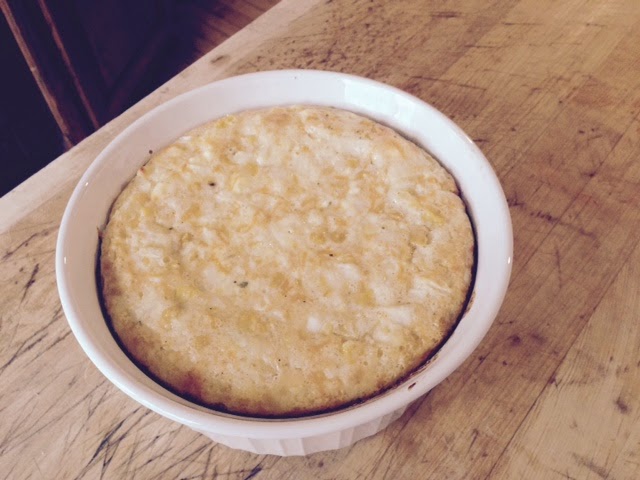 Bake for 50 minutes.  Let it rest for 10 minutes afterwards.
It looks soufflé - y, but it still kind of jiggled in the center. Maybe it's supposed to do that, but it wasn't what I thought. 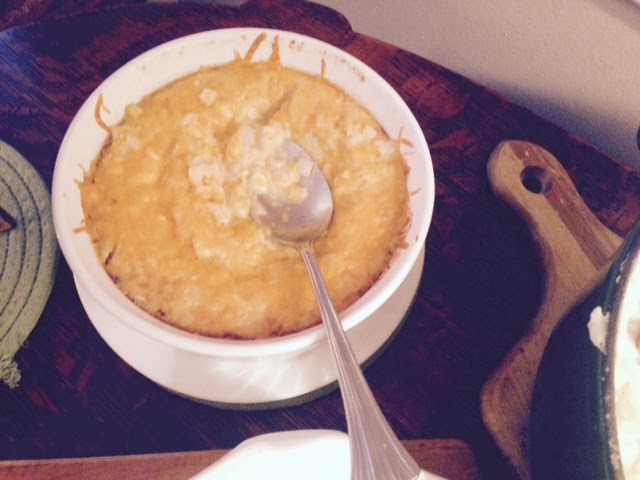 We wrapped it up and took it on a 35 minute car ride to my mother's.
710 added some additional cheese to the top and we put it back in the oven to warm through (and melt the cheese).

It wasn't bad. But in my opinion, it wasn't outstanding. People liked it and I saw others getting second helpings. More importantly, they were people I thought wouldn't try it at all (i.e. children).

It had a slight savory taste (the onion?), but that tablespoon of sugar now and again would really bring out the sweetness of the corn. Or maybe it was the creamed corn itself.

The dish was still gloppier than I thought, but it was called 'pudding' so maybe that is just incorrect perception on my part.

Since there were green beans and brussel sprouts on the table, my mother "claims" to have been thrilled there was a vegetable dish that wasn't green.

Eh - we tried something new. I don't know I'd go back to it again. Or maybe I would - to one of these neighborhood events. The vegetarian dishes are always appreciated, it seems.

I have heard of dirt pudding (a cake-like dessert). but the rest (including PA) sound horrible.

give me lasagna any day!

I'm always leery of foods that contain the word 'pudding,' or as we say here in the South, 'puddin.'

It's a Cosby thing.

It's never too soon!

I love it when you get yid

Yeah, about that NYT article ... http://www.grubstreet.com/2014/11/new-york-times-thanksgiving-recipes-feature.html

This recipe is remarkably similar to (but more complicated than) the Corn Casserole recipe I've been making for years, and that everyone loves. Its not as gloopy as you describe. Check it out: http://www.foodnetwork.com/recipes/paula-deen/corn-casserole-recipe.html