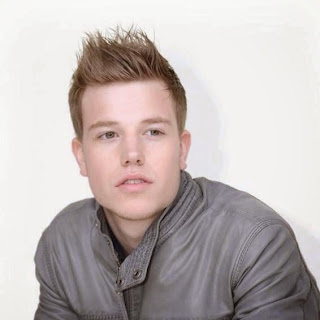 Chalk this one up for the Darwin Awards.

Cleveland native, turned NYC "model" got fried to a crisp - and eventually died - after train-surfing on the Metro-North.

At least last time I checked, there was no word on whether drugs or alcohol were in his system, or just an inflated sense of self, where no harm could possibly come to him.

Clearly that sense of self got a harsh reality check.

Apparently, he didn't see those 12,500 volts in that swinging power arm as an arch nemesis.

Maybe he should have.

I don't know if he was an actual model, or just 'aspiring'. You can't trust what you hear from his friends or family, because obviously they're going to play it up his career and not that he was living in a seventh-floor walk-up, one-bedroom apartment with four other guys who went dumpster diving for their eats on a daily basis.

I look at him and don't see 'model'. As Pee Wee Herman said: "I've seen better heads on boils", but I guess beauty is in the eye of the beholder.

I am more surprised he actually lived for a number of hours -albeit with burns over 85% of his body - and causing enough damage to make the train lose power.

I am not surprised by the comment on his FB page. Yes, I could not resist to see if he had a page (he does, or maybe did). Certainly, there were the 'I can't believe you're gone......' entries.

It can't just happen to anyone.

Maybe if you're going to the same Mensa-lite meetings as Billy Peck, it can. But for those of us who are smart enough to know things like, what the capital of Montana (that is a U.S. state, Billy) is, then you're probably impervious to getting electrocuted while riding on top of a commuter train in Connecticut (that's another U.S. state, Billy).

As 710 pointed out - it didn't happen to James Bond or Jason Bourne.

And for my lower cultural reference, it didn't happen to two of the guys from *Nsync. 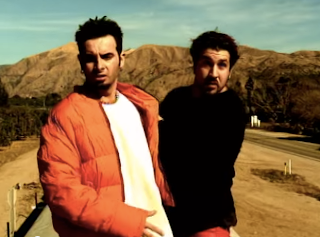 Even Joey Fatone (I prefer the American pronunciation of 'fat one') survived his day on top of a train, though he couldn't dodge the dessert cart at Hometown Buffet apparently....or the speeding BMI chart coming his way.

Maybe it's just me feeling a little sting of the reporting, but this 'kid' moved to NYC two years ago, but the news outlets must point out in most articles he's is from Cleveland or Ohio - and they do it three or four times each.

Because you know, only rubes from the mid-west do stupid shit like this.

Song by: Nancy Sinatra ft Frank Sinatra
Posted by Blobby at 12:01 AM

So many comments going through my head, and all I can come back to is "Jumping someone else's train"...

I read about this guy, LOLed, and thought the same thing: what a dumbass! at least he cannot reproduce his DNA now.

I just can't with people any more; like sea levels, the stupidity is rising.