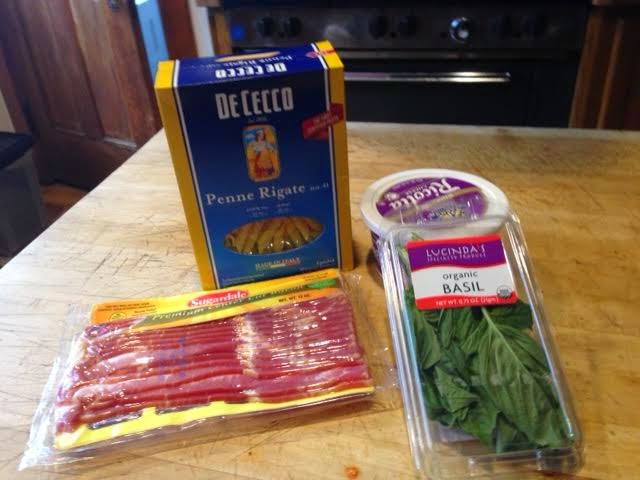 I can't always find decent post titles for the food I make. So I'm going with a generic Cooking with Blobby one. It'll have to do.

So simple, Mike could do it. ...though sometimes he struggles with just making reservations. I've heard.

(I'm just checking to see if he still can be bothered to read this blog thing.)

But I was in the mood to make pasta that wasn't spaghetti, so I went with something super simple. In theory.

Like I said - and as you see - four ingredients. Ooops. Five. I forgot to get a pic of the onion. Sorry - Mike's out. He probably can't handle five ingredients. Hello, Papa Johns?

The amounts below are for a serving of four. Adjust as necessary. 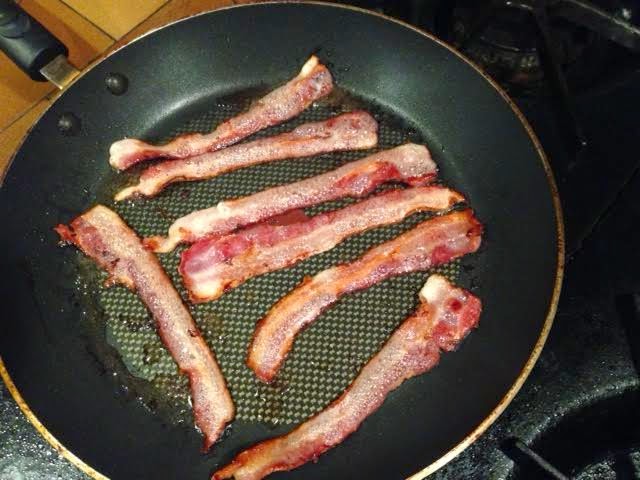 Cook bacon in skillet until it is crisp.  Remove cooked bacon onto a plate.

This is why I said the recipe is easy in theory - I took my eye off the prize to do something else and the first batch of bacon got burned past the point of anything but becoming a bag of doggie treats (for which one doggie is very very happy). 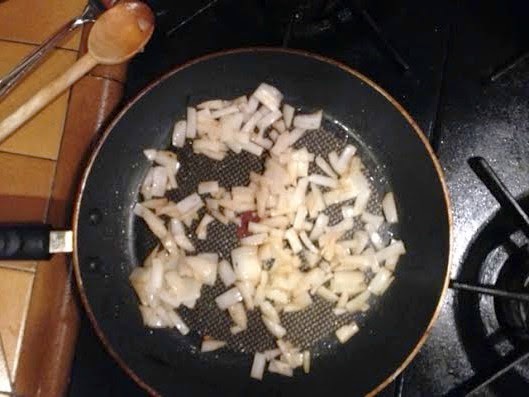 Brown the onions in the left over bacon grease.
Mmmmm....bacon grease and onions. Perfect. 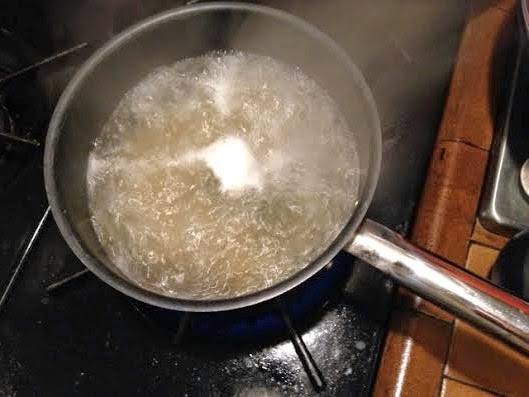 Cook the Penne in boiling salted water. Reserve a half cup or so of pasta water for later.
Depending on how you like your pasta, cook until done or slightly al dente. 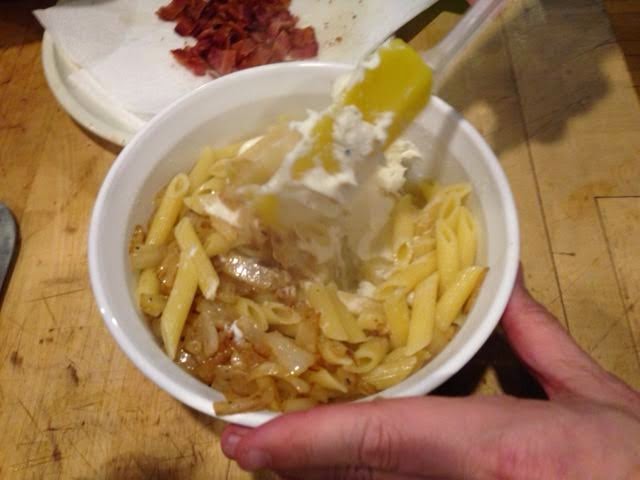 Put drained pasta into a serving dish.
Add onions and ricotta and blend together.
Use reserved pasta water as needed if ricotta needs thinned out. 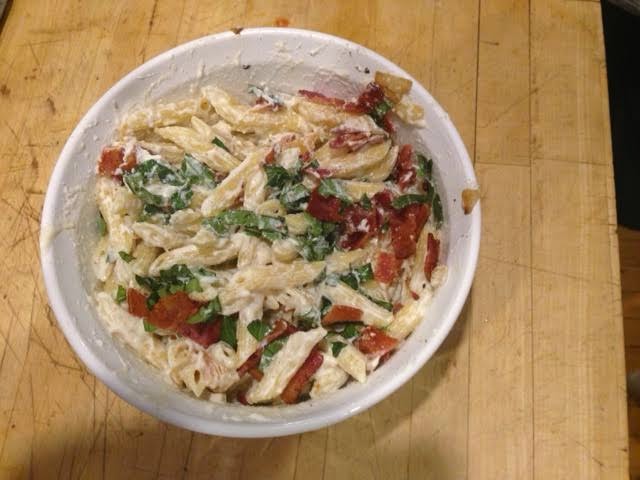 Add chopped bacon and basil.
Season, if needed with pepper. Check on salt levels first - as you have bacon and bacon greased onions...and cheese.

The dish had nice flavours. Nothing overpowering. The basil gave it a nice fresh taste.

The only problem I had was with the temperature. Even though the ricotta was room temp, it cools off the pasta quickly. When eating the food was warm-ish, but not hot. I almost wanted to stick it in the microwave for 15 seconds......but didn't.

There is probably a way to keep it hotter, but I'm not smart enough.

Maybe Mike knows how. He thinks he's smart.
Posted by Blobby at 12:05 AM

I enjoy your recipes but this one sounds one of the best.