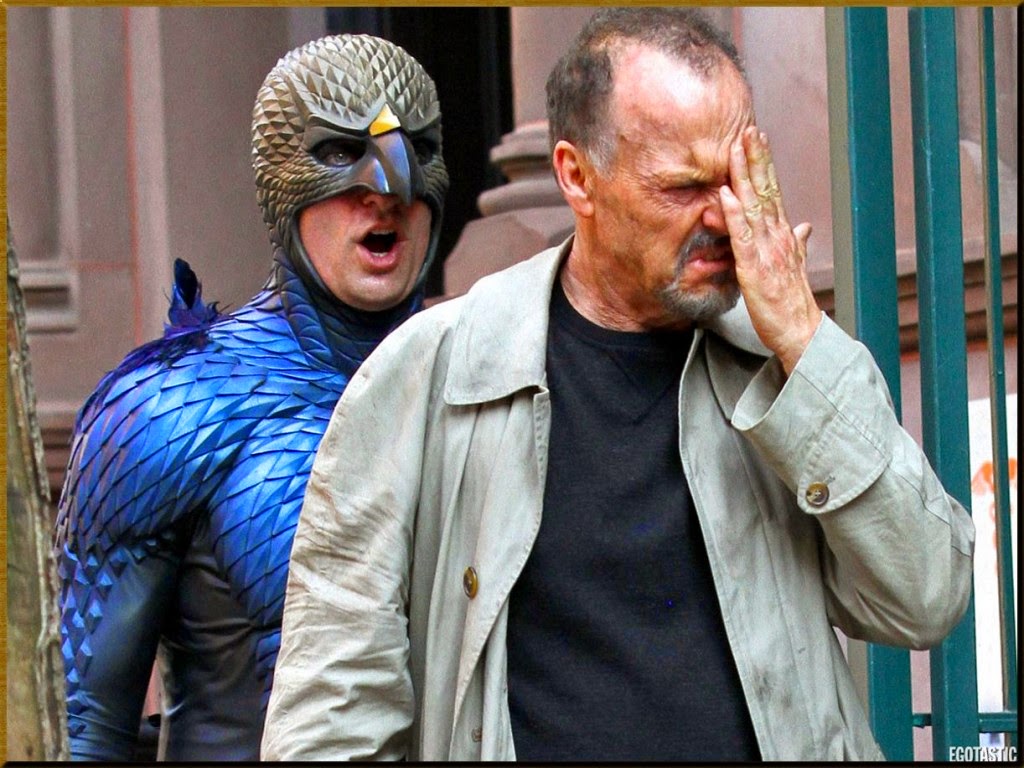 We went to go see Birdman, because every movie article in the world said we should.

It was a good decision.

Birdman is definitely more of an unconventional film, even for a black comedy.

First off, it has Michael Keaton in it. I mean, has he worked since Mr. Mom? But he was an excellent choice and did an excellent job. Who knew?

At its core, the storyline isn't completely groundbreaking. It's the slight outliers that make the movie interesting.

A big part of the movie premise touches on an actor of a former big-budget superhero series called Batman Birdman who has done little of substance since - and many don't think playing a superhero is a role of substance to begin with.

Oddly, this isn't a memoir piece.

Visually, the movie is sooooo well done. The cinematographer from Gravity and Children of Men does the work here, taking long, complicated and beautiful tracking shots. While not filmed in a single, no-edit style - as that would be almost impossible in a two hour movie - edits are clearly fewer than most movies you've ever seen. And some of the shots just leave you scratching your head in a "how'd they do that" kind of way.

The cast is good too. Like I said, Keaton did an excellent job and you'll see him up for an Academy Award for this. Edward Norton, whom I've never thought much of, does an outstanding turn. Emma Stone actually helps counteract doing those Spider-man films. She was better in Superbad and Crazy Sexy Love than those films - which is more than a little ironic in this movie, considering the subject. She's redeemed herself.

Of course Amy Ryan is never bad in anything, even with a small part. And lordy, Zach Galifianakis totally, and successfully, plays against type. I know, right?

Birdman is possibly the best movie I've seen this year.  ....and speaking of - we're at #8, which isn't horrible, considering movie #1 wasn't viewed until May. It'll be a race to the finish line, but we could possibly get to 12.


Song by: Golden Palominos
Posted by Blobby at 12:04 AM

Hadn't paid attention to this flick. After reading your take I decided to check out the previews and reviews. Looks like it's one to put on my list. Thanks for your review!

Thanks for the review.