I Hung My Head 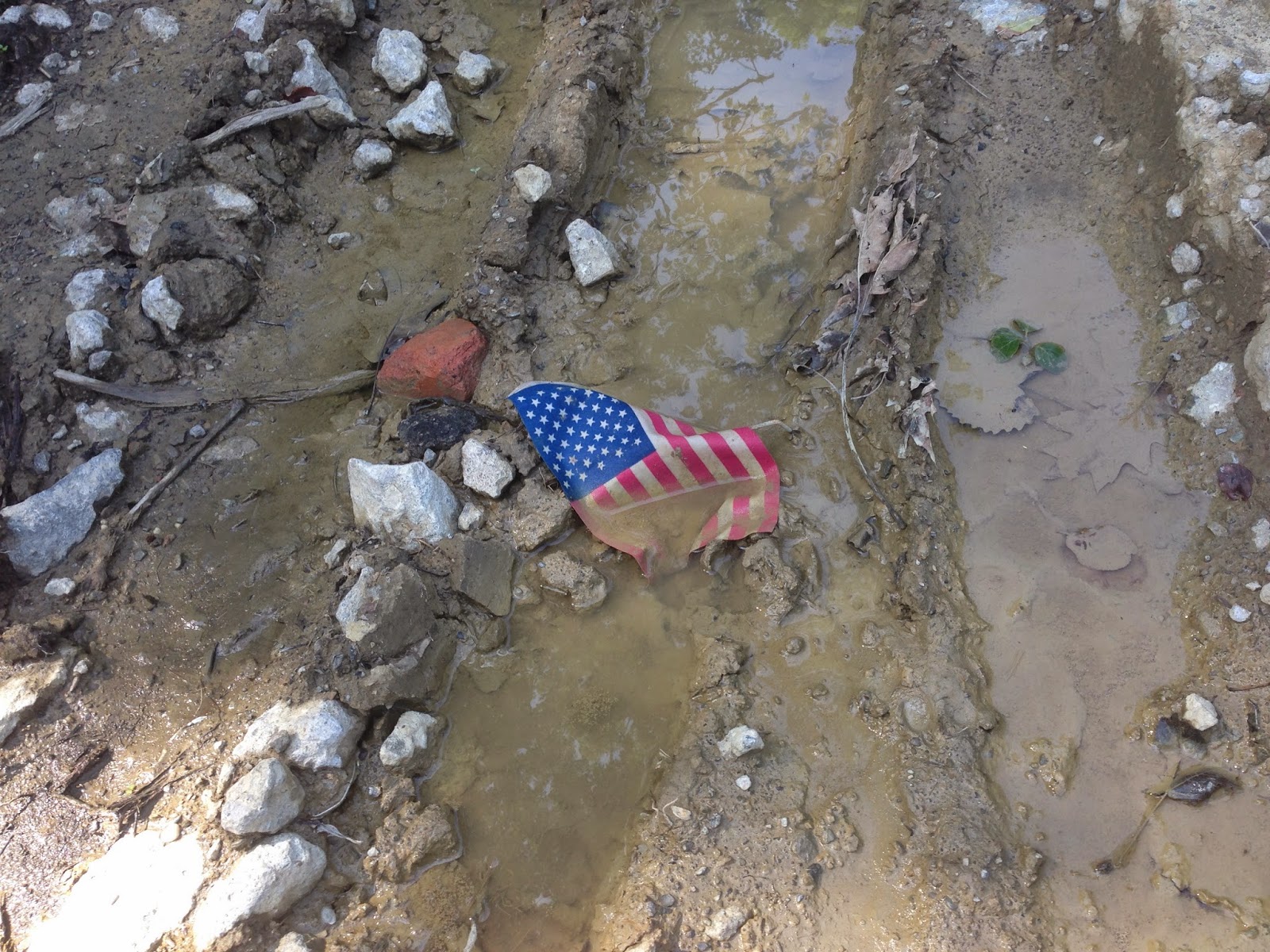 I have almost no words for this last election.

Without really good reason, I think people wanted to stick it to the black guy. It's all I can really come up with.

(Actually I guess I wasn't far off - watch here.)

Congress has the lowest of low (record low) approval ratings, and yet the people voted most of the same turds back in.

Say what you want to the idiocy of the government, but the people checking those boxes have no one to blame but themselves. And they're bigger idiots - both the ones who voted and the ones who stayed away.

Yes, Obama's ratings are not much better - yet the economy is. The unemployment rate is. The market is the best it has ever been.

And if the internet is to be believed - and I'm not sure it is - some poll is going around saying that 63% of folks disapproved of how Obama handled Hurricane Katrina. I'll let you mull that one over.

If you want voter ID laws - and if that last statement / poll is true - having to answer that question correctly at your voting place should allow you to receive your ballot. Race and physical ID be damned.

I'm still flummoxed that any sane, educated woman (yes, I had to put qualifiers on that) would Republican, considering every single member of Congress voted against an equal pay for women law. Let's not forget the taking over their reproductive non-rights, dismissing a violence towards woman act, etc, etc, etc.

I guess all those women are like Ray Rice's fiancée / wife: "I voted for him, because I thought he'd change."

To extend that analogy and to get myself in hot water with women - and I don't care that much: you're asking for it and deserve exactly what you get.

I don't know if people voted for the Devil they know, or what. Still it's horribly depressing.

I am not convinced Obama still can't get {some} things done. If there isn't a way to override his vetoes, he might have a chance - considering he's been blocked most every step of the last six years anyways. But I fear of repeals of the ACA. I fear the EPA, Finance and Business laws in place will go bye-bye. I fear that now if Ruth Bader Ginsberg wants to retired before Obama's term, he won't be able to get a suitable candidate past the confirmation process.

And in a way, none of this should surprise me - but it does. It depresses me.

I'm sure where are well thought out analytical articles out there on the 2014 election, but I'm not reading them. Those ones are too hard to find, as you have to wade through the hype that it's all Obama's fault.

Yes, the buck stops there....but in reality, the president has / had nothing to do with the issues people were running on and they just managed up.

My head's not buried in the sand, but it's also not going out to get knocked around either.

I love the optimism of people waiting for 2016 to take this all back, but I think Dems have a huge huge huge obstacle to overcome then. We might be sitting out the White House for that term. If Obama is seemingly this toxic (not real but perceived), it will be hard for any other Dem (sorry Joe Biden) to succeed him.

I, too, am stunned that any woman could vote GOP.
I, too, am not stunned that people hate Congress and then vote the same Congress back to office.
I, too, cannot believe the Obama hate when things are getting better economically-speaking, in this country.
And, yeah, he blew it big time with Katrina. [sarcasm, in case anyone doesn't get it]

I couldn't agree more with your statement about women and them voting GOP but I guess those that do are like gay men who vote GOP. Both seem to want to vote for a party who's platform makes them second class to white straight men.

this intelligent woman votes D and has been a registered D since 1972. why should I vote for people that h8 me because I am female?

I feel much the same as you do.