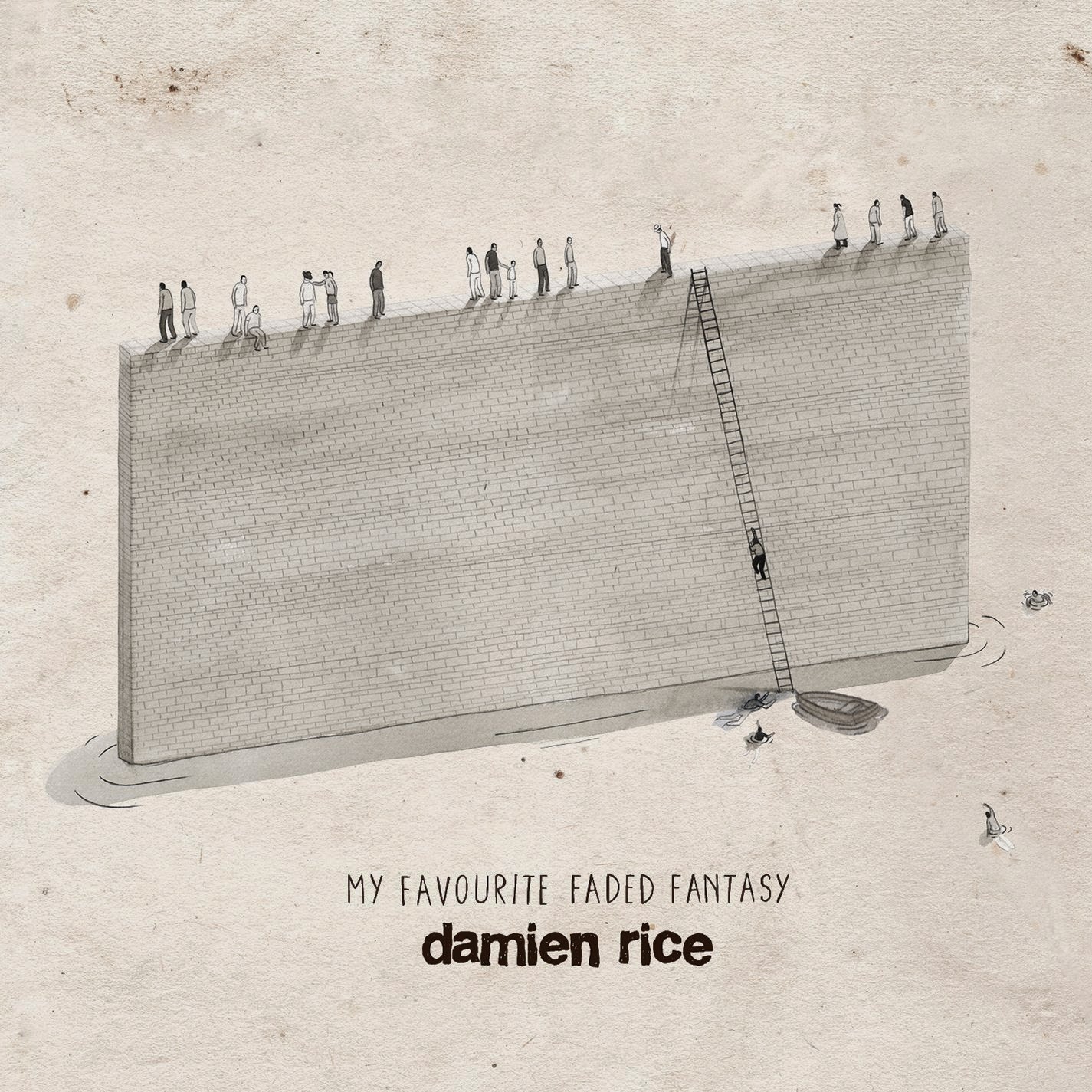 Damien Rice breaks new ground, and yet he doesn't, on his first release in eight years - My Favourite Faded Fantasy.

When it comes down to it, the reality is that it is still Rice, a guitar and a few songs. I'd almost say too few, since there only eight songs (but still clocking in at around 52 minutes) on this album and this is only his third disk in 12 years.

I kind of expected a greater of expanse in style with Rick Rubin producing. But sometimes Rubin is about stripping down the artist (think his work with Johnny Cash or Neil Diamond). Rice, however, already a very stripped down artist.

Rice isn't as stripped down here. Rubin builds upon Rice's writing talents, the way he did with someone like the Dixie Chicks. He doesn't change the music but truly enhances it.

I was afraid his artistic (and romantic?) break with Lisa Hannigan would be the end of me liking Rice. I thought they paired up so well together - even though I liked songs on which she never performed. But her absence doesn't seem to hinder his talent.

If you had to describe Rice in one word, 'mournful' seems to spring to mind. But he always has been. Now and then, he'd pick it up ("Rootless Tree", "Me, My Yoke and I"), but the currents of harder guitar work is still mournful. While his writing is awash in emotion, his vocals are almost void of it.

But I am a fan of mournful music. As my friend Jon would say about my music selections, "it's down.....but good".

Whereas in his previous recordings, a violin or viola were commonly used. Rice (or Rubin, probably) go for fuller strings. Sometimes they work to the song's advantage. Sometimes not.

I love the beginning of "I Don't Want to Change You" because of the strings. They carry throughout the song as well. The Wurlitzer organ is a nice touch.

But for the opening title track - it is a real nice change-up for Rice. Yes, the lyrics are sullen, but the music and the vocal arrangement is really well done. The musical arrangement too. It's as close to a rock track that Rice is getting this time around - and it truly works. His vocal style is different too.

"the Greatest Bastard" starts like so many of his other works - especially like "older chests".  But the vocals and strings really really work well together and make it veer off what you have come to expect, but it is the closest to his past songs.

I found "the Box" very interesting. It starts like many of Rice's tunes, but the way the strings literally take over the song became annoying, then intriguing to me. I wanted to see how far they would go - and they do - just cascading over him and then just drop off. I wanted to stop the song often, but never did and so glad I let it play out.

Inarguably, the disk's centerpiece is "It Takes a Lot to Know a Man". Clocking in at almost 10 minutes, this might be the sole reason to hire Rubin as your producer. Or for Rubin wanting to pair with Rice. The layer of vocals and strings - the arrangements of both - are just mesmerizing. The lyrics are nice, if not a little self-help-ish, but not in a bad way.

Not every song works. I'm not feeling "Trusty and True". It's not bad. It's a little long and repetitive. I don't mind a long song if it is worthy. This is truly the only skippable song on the disk.

My Favourite Faded Fantasy might not be as good as his debut O (only by a nose though), but it is much better than most of 9.

My Favourite Faded Fantasy will be released this upcoming Tuesday - November 11th.
Posted by Blobby at 12:08 AM