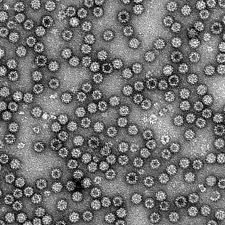 Back in 2007, I wrote about a slight illness I had while I was traveling for work.

In my mind, I went into much more detail, but looking at the entry now, I guess not.  Lucky for you all, though some of the discomfort was implied.

What it seems I never did six years ago, was follow-up saying it wasn't food related illness, but Norovirus.  All the fun of GI problems without the "fun" of being an a Carnival Cruise.

It's true, I had it checked out by my doc. During this little encounter, over the course of three days I lost 13 pounds.

No worries, I gained them all back....post haste.  As a doctor friend of mine told me while I was still thin and trim during those few days, "you won't keep that weight off".    ....encouraging!  But he was right.  That kind of weight isn't for weight loss, it's all temporary.

Why am I delving back more than a half decade?  Because, the last few days I've been "under the weather" and  this time I'm not going to the doctor for my diagnosis - I know the symptoms all too well now.  That hotel room, trek to the airport and flight home are so ingrained in my memory it is frightening.

And by not going back to the doctor, I don't have to go through the indignity of providing (ugh, and collecting!) certain samples for the pathology lab to throw under the microscope.

Sleep has not been coming easily.  Safe to say I have been getting 2-3 hours and not in a row.  But I sit in the dark, in the guest room, and read NYT and CNN on my iPhone.  It seems not many of my 'friends' are up at 03:37 wanting to play Words with Friends - and who can blame them.  My attention isn't there to play anyways.

710 is not happy about me "sleeping" in another room, as he doesn't want me to make it a habit.

A habit?  Twice Three times in the eight years we've lived in this house?  It's not habit - just a necessity. If he wants to track habits, he might look into how often he falls asleep downstairs instead of coming to bed.  Sheesh.

Yes, for multiple reasons, I've decided to take up residence in a guest room.  #1 is I don't bother 710 with the iPhone light, or me getting and out of bed.....then back in....then back out (repeat as necessary).

I also get my own bathroom - and I cannot stress how important that is these last few days.

Don't you like how I'm getting graphic without actually saying a thing?

I'm not sure if your imagination is worse or the real thing.  It's not a horror movie with a horribly miscast John Cusak in the lead, but probably closer to Contagion, which I didn't see - I only like it because I hear Gwenyth Paltrow dies in it.

But I need to get Sophie a little nursing hat to wear. She's been at my side, all day; all night.  Personally, I think she likes going into the guest room to sleep, so that I'm there is a bonus. But I take comfort in her pressing up against me and sleeping, even if I cannot.

This is all like reverse Alzheimer's though.  My brain is willing, but my body is not.

There is no going out for me.  Not for any length of time - which means no walks during the day for Petey. He likes to take his time on our walks and in my current state, that is not a luxury I might have.  The x is unknown, so I play conservatively.

That is it.  That is all I lost!   ...and I'll be gaining those back before the start of next week.

Song by: the Cardigans
Posted by Blobby at 12:09 AM

I like to sleep separately too, especially if Someone is snoring loudly and/or the dog is immovable from my spot.

spouse and I sleep in separate rooms; he snores/kicks/moves constantly/talks in his sleep. I need dark and quiet and white noise and no movement.

get well soon, lovey! your nether region needs a rest.

Glad the worst seems to be over but did you really have any weight to loose you skinny, yoga flexing bitch? ;)

We watched Contagion at home on HBO and the funniest part was at the end. They put up a still shot of each of the major characters, and I look at one and go "I don't remember James Spader being in this."

The pic was of Gwyneth.

Sending you some virtual chicken soup

Now I really want to call you "Sir Poops-A-Lot".

But I do hope you get to feeling more Human again soon.

And even though you're not well, I like how you are the considerate one and taking up residence in the other room. I do that too.